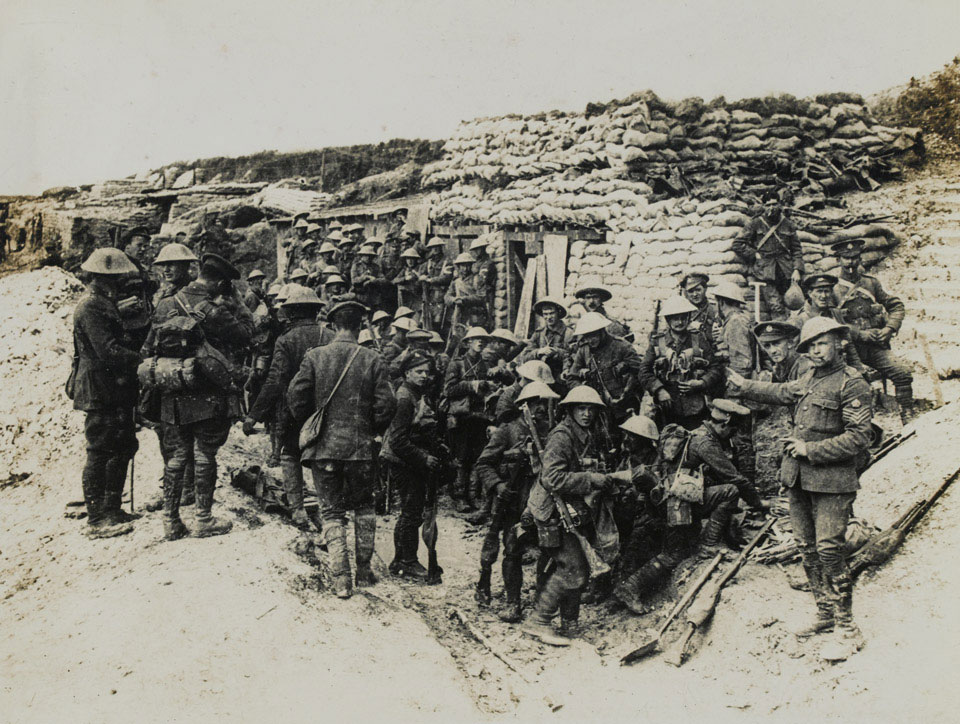 'White City', located near Beaumont Hamel on the Somme, earned its name from the white chalk banks its trenches were cut from. On 1 July 1916 a huge mine packed with 18 tons of explosive was detonated under the German front line on Hawthorn Ridge, located directly in front of 'White City'.

From an album of 19 official photographs of the Middlesex Regiment.