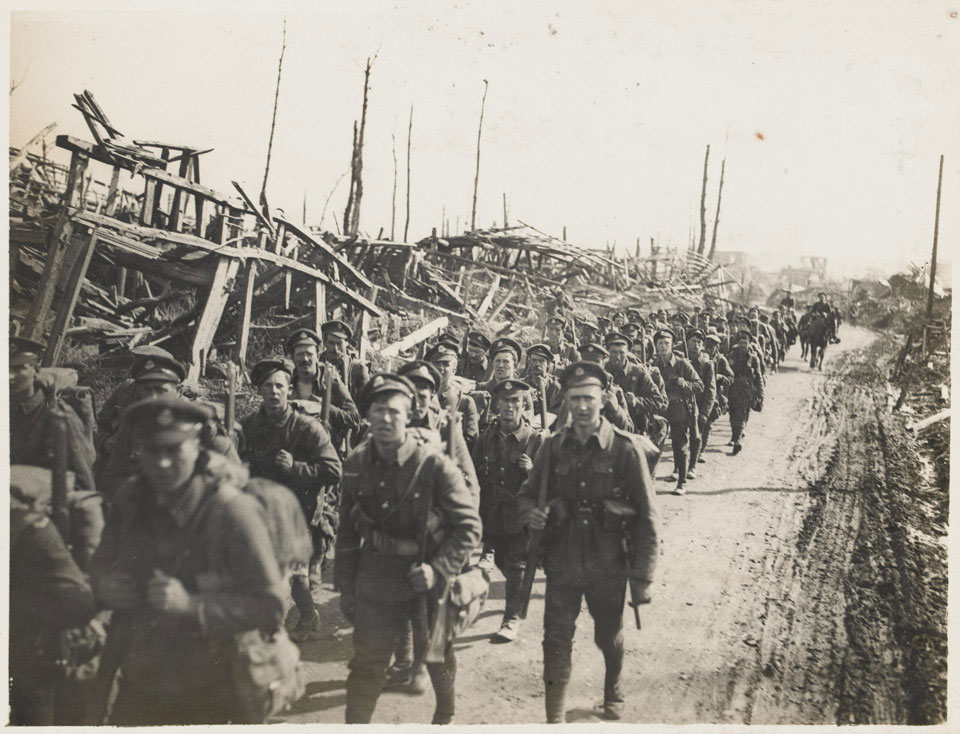 Soldiers of the Duke of Cambridge's Own (Middlesex Regiment) moving up through Achiet-le-Petit, March 1918

A battalion of the Middlesex move up to the line during the Battle of St Quentin (21-23 March 1918), part of the German's Spring offensive of 1918. Although they made sweeping early gains, the Germans suffered huge casualties and eventually outdistanced their supply lines. They exhausted themselves during the fighting and the stage was then set for the Allied counter-offensives of the summer.

From an album of 19 official photographs of the Middlesex Regiment.