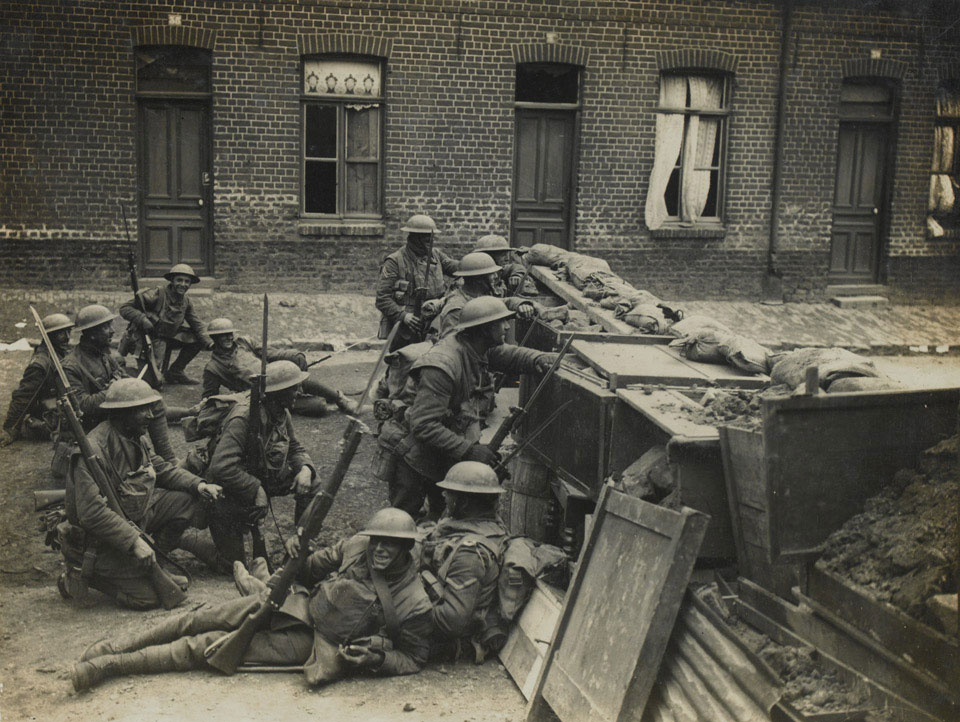 Soldiers from The Duke of Cambridge's Own (Middlesex Regiment) at a street barricade, Spring 1918

On 21 March 1918 the Germans launched Operation MICHAEL. Around 10,000 guns fired over a million shells in five hours against Lieutenant General Byng's Third and General Gough's Fifth Armies before 47 German divisions attacked. Using infiltration tactics the German storm troopers by-passed pockets of resistance and broke through the British trench system, leaving the following waves of troops to 'mop up' any resistance. In this image, soldiers of the Middlesex Regiment await the German attack.