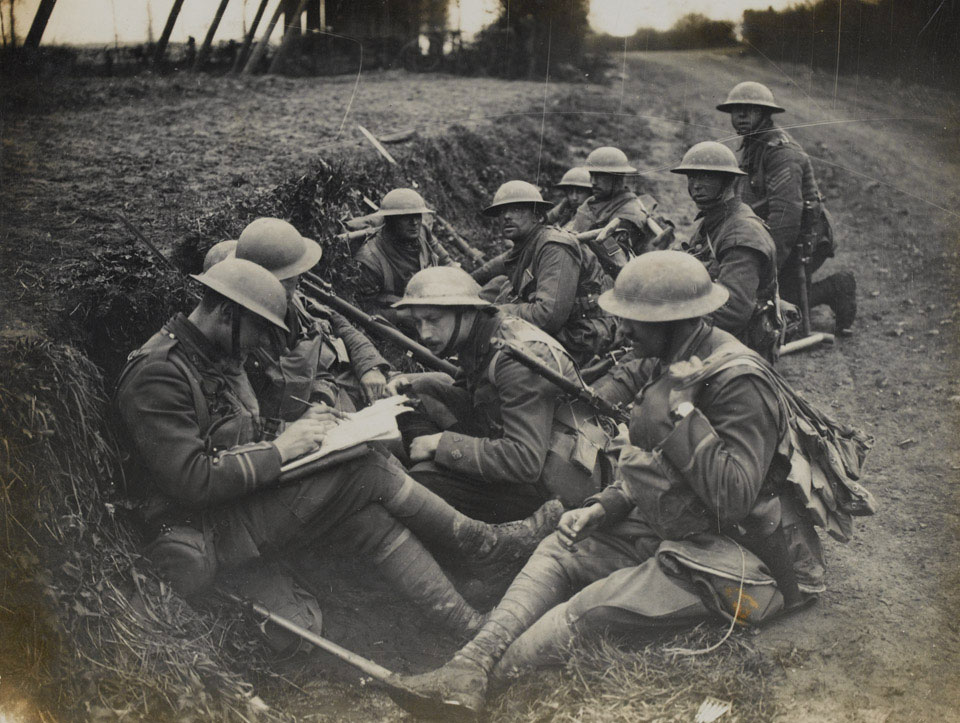 Soldiers from 1st Battalion The Duke of Cambridge's Own (Middlesex Regiment) rest in a ditch as their officers consult a map, 16 April 1918

Photographed near Meteren during the Battle of the Lys, the soldiers wear the Brodie, or Mark I helmet. The Army had adopted this model of helmet in September 1915, but it was not until spring 1916 that it began to be issued to British and Commonwealth troops in large numbers.