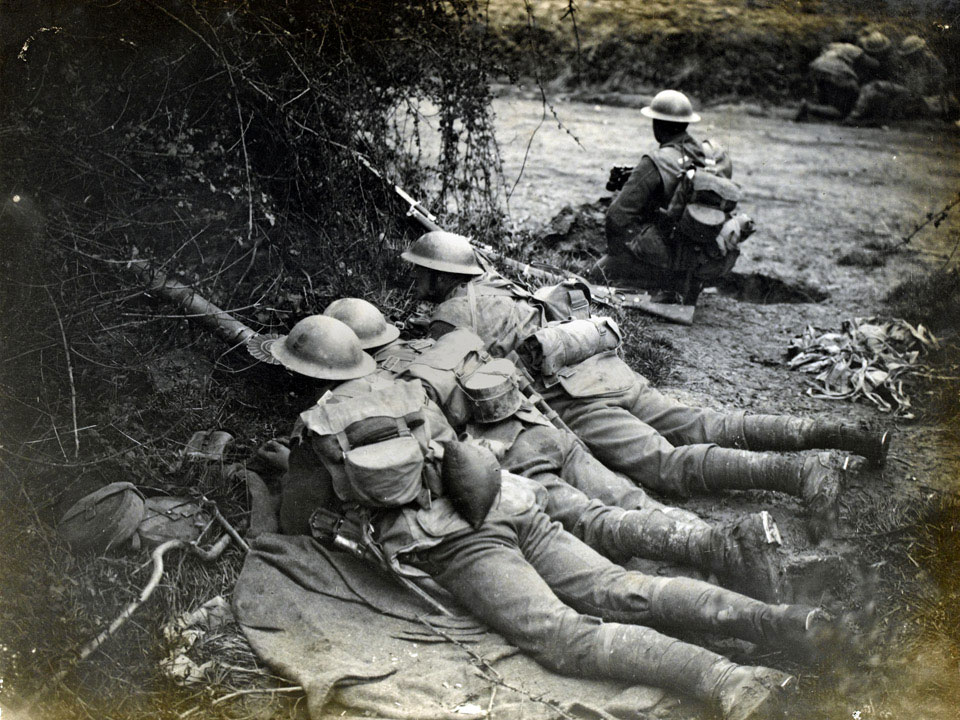 A Lewis Gun team in action during the German Spring Offensive, 1918

The Germans had launched their last offensive on the Western Front, Operation MICHAEL, on 21 March 1918, and although they advanced in several places by July they had shot their bolt. German morale began to crumble and on 18 July the Allies launched a counter-attack on the Marne, forcing the Germans back. Germany's attempt to break through had exhausted its army and the initiative passed back to the Allies.