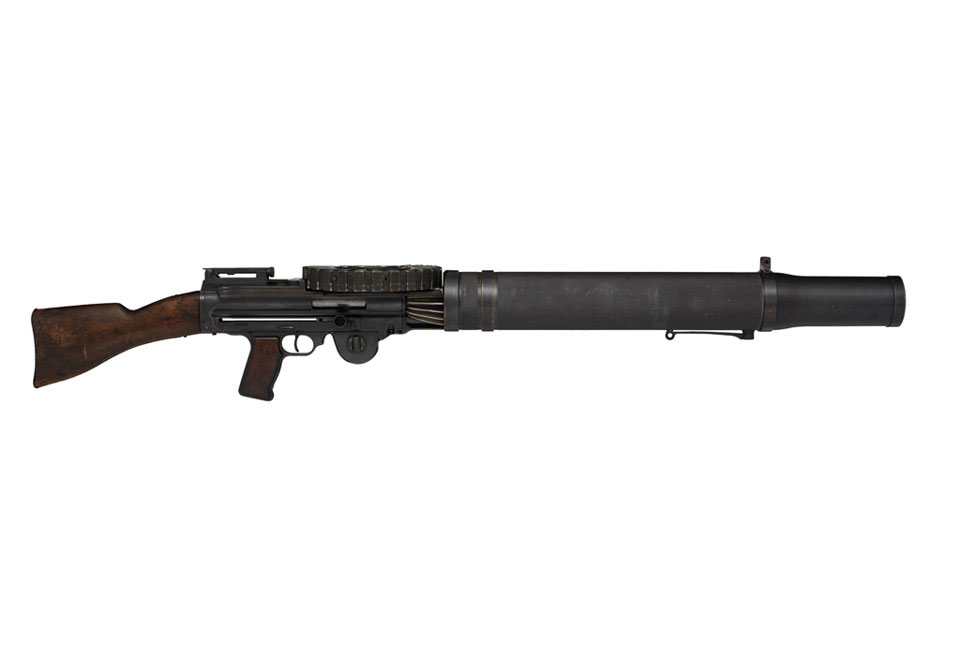 The Lewis Gun, with its distinctive barrel cooling shroud and top-mounted drum magazine, was the British Army's most widely used machine gun during World War One (1914-1918). Each Lewis Gun required a team of two gunners, one to fire and one to carry ammunition and reload. All of the members of an infantry platoon would be trained in the use of the Lewis Gun so that they could take over if the usual gunners were killed or wounded.