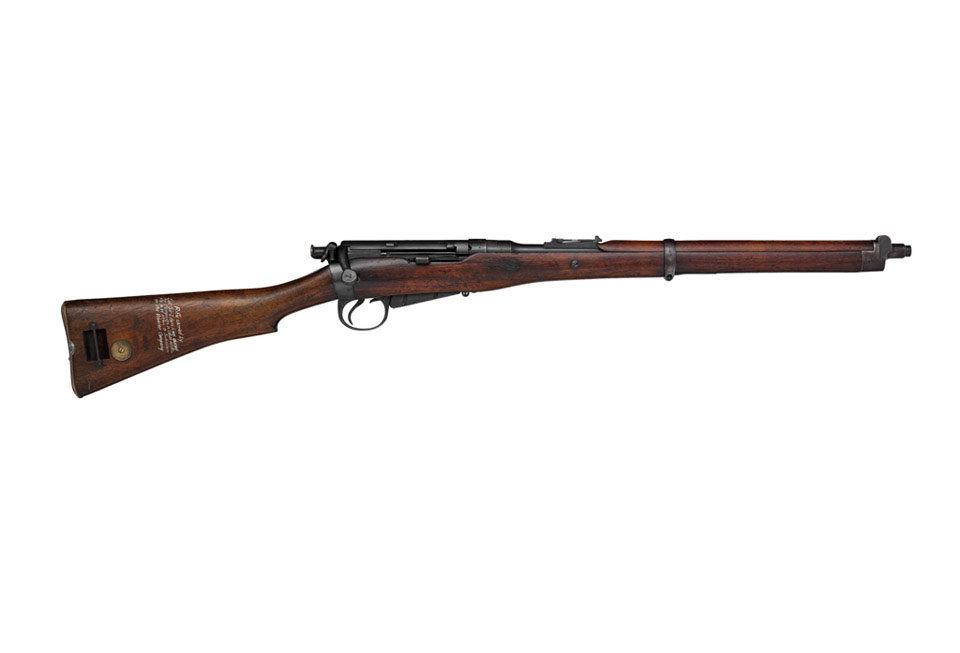 Approved in 1896, the Lee-Enfield carbine was a great improvement on the Martini-Henry. It had a box magazine containing six rounds and had a smooth bolt-action, but in the Boer War (1899-1902) it was opposed by Mauser carbines, which were clip-fed rather than having the rounds loaded by hand. In action it was slower and less accurate than the Mauser. As a result of this war experience, all carbines were replaced by the Short Magazine Lee-Enfield, the universal rifle, in 1903.