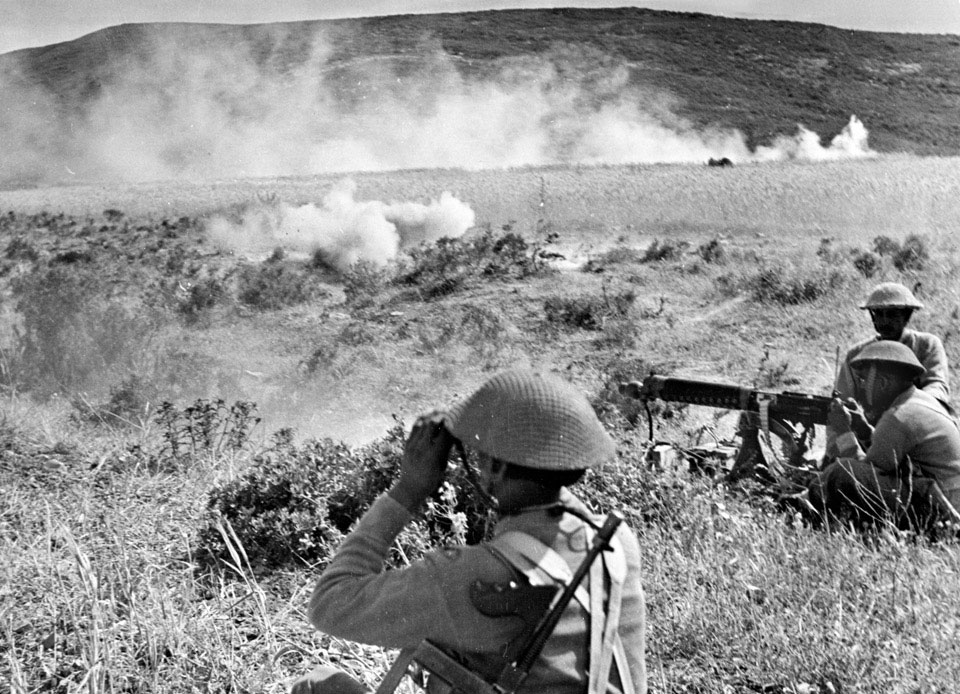 4th Indian Division, also known as the Red Eagle Division, was formed in Egypt in 1939. The division saw extensive service in Africa, Syria and Italy during World War Two. This photograph was taken during the Tunisian Campaign (November 1942-May 1943), during which the division gained a formidable reputation for mountain fighting and had the honour of capturing the Axis commander in North Africa, General von Arnim.

From a collection of 52 photographs collected by Lieutenant-Colonel J A C Greenwood, 4th Indian Division.