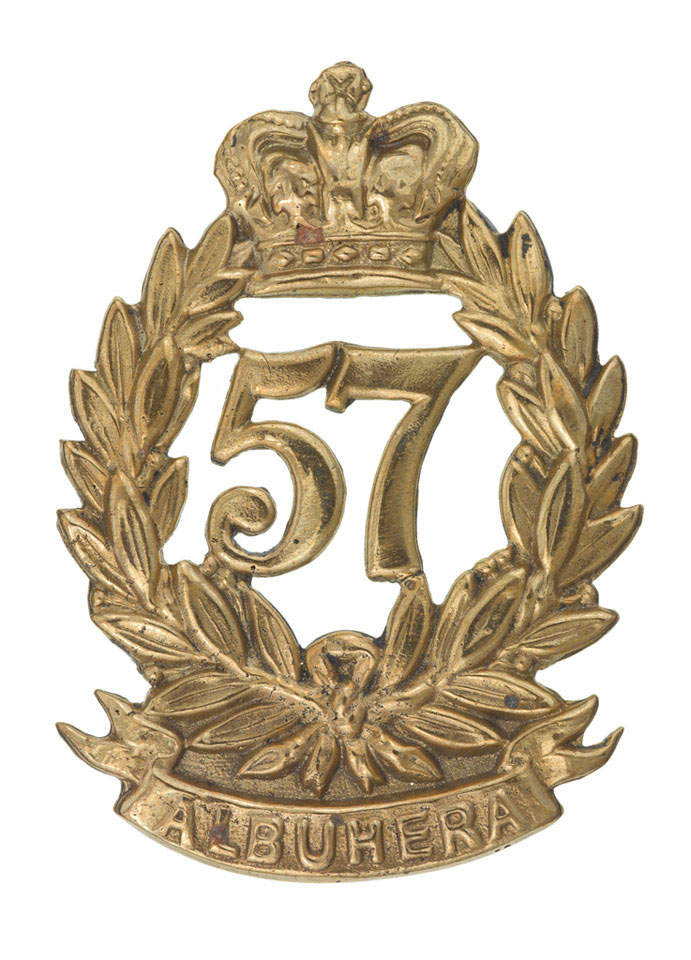 Badge with regimental numeral, '57' surrounded by wreath surmounted by crown, with a scroll below, bearing the battle honour, 'Albuera'.

After further service in North America, Australia and India the Regiment fought in the Crimean War in 1854, the Indian Mutiny in 1858, and in New Zealand in the early 1860s. The unit moved to Ceylon in 1873 and in 1879 sailed to South Africa to participate in the Zulu War. In 1881 the regiment was amalgamated with the 77th (East Middlesex) Regiment, to form the Duke of Cambridge's Own (Middlesex Regiment).