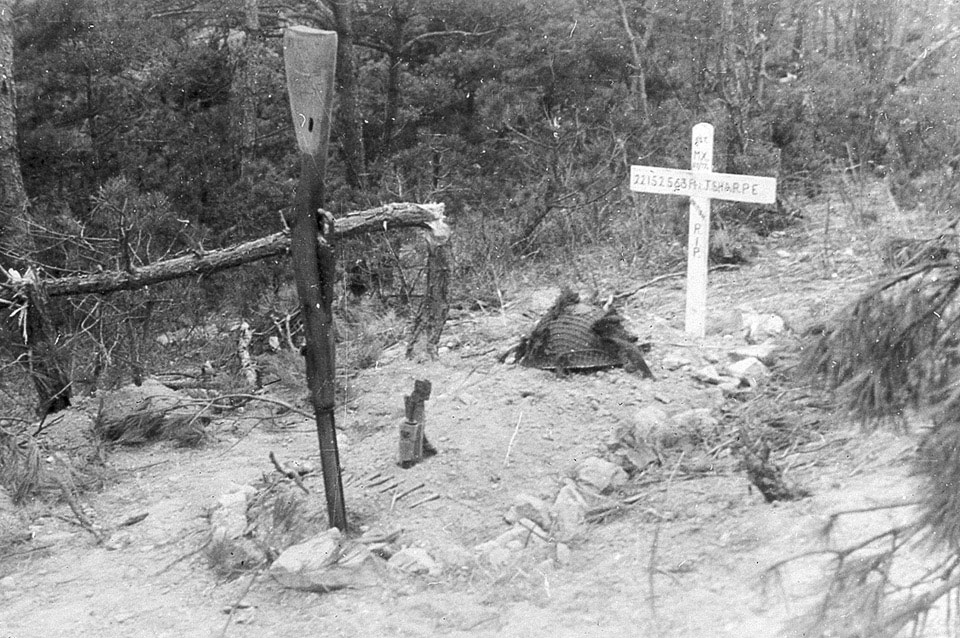 Grave of Private J Sharpe, The South Staffordshire Regiment attached to 1st Battalion, The Middlesex Regiment (Duke of Cambridge's Own), 1950

19-year-old national serviceman Sharpe was killed by shellfire and buried where he fell on Middlesex Hill, on 23 September 1950. His remains were later transferred to the UN Memorial Cemetery, Pusan (Plot 22, Row 2, Grave 1424). His battalion had landed at Pusan in August and were immediately sent into battle on the Nakdong River, the western part of the Pusan perimeter defences.

From an album of 195 photographs. 40 to 50 were taken by Second Lieutenant J M Lock, 1st Battalion, The Middlesex Regiment, before he was killed in action on 29 November 1950; many of the remainder were added by Lieutenant (later Major) Geoffrey Norton.