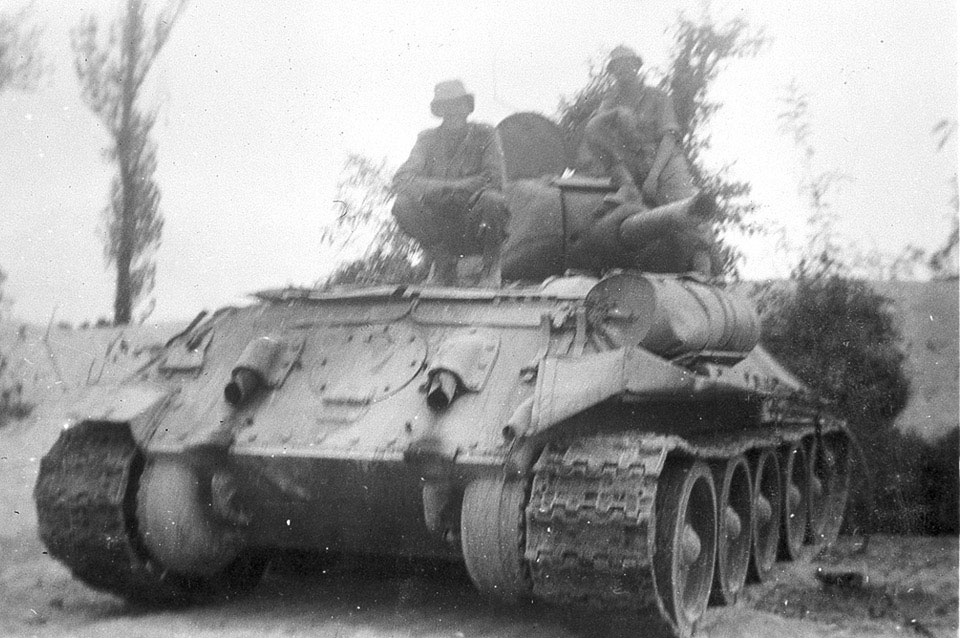 Men of 1st Battalion, The Middlesex Regiment (Duke of Cambridge's Own) posing on a knocked out Russian manufactured T34, Naktong river, 1950

The T34 was the mainstay of the Soviet armoured formations during World War Two and one of the finest tanks ever designed. It was widely exported in the post-war years to fellow Communist states like North Korea. The North Korean invasion of South Korea in June 1950 was spearheaded by over 100 T34s.

From an album of 195 photographs associated with The Middlesex Regiment (Duke of Cambridge's Own).