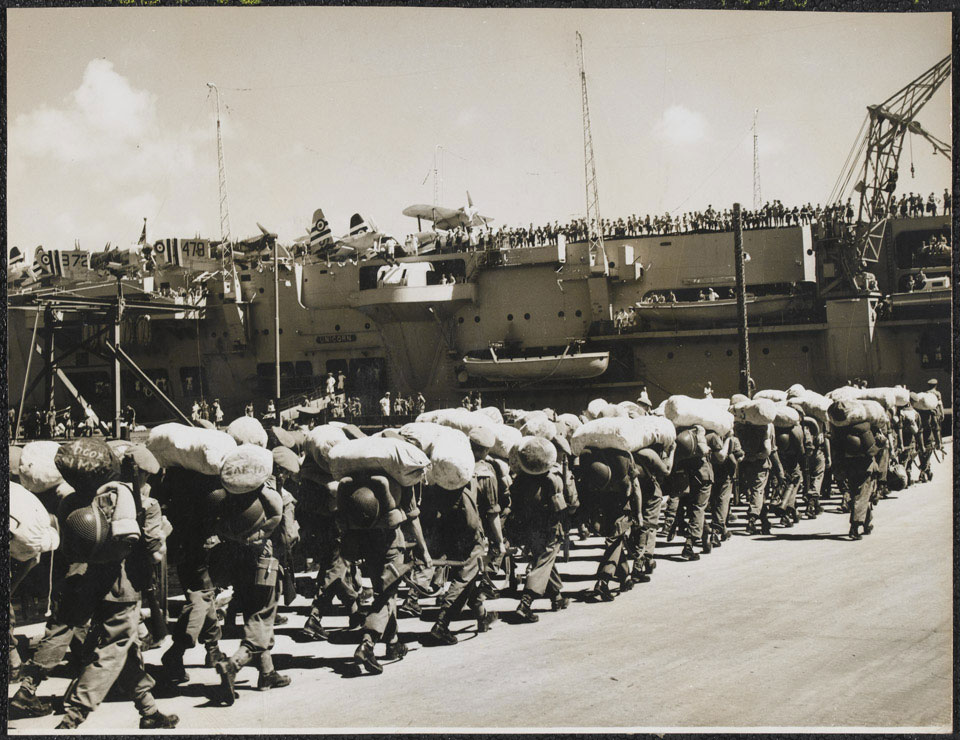 From August 1950 to April 1951, the 1st Battalion saw action in the Korean war as part of 27th British Commonwealth Brigade, being one of the first British units to be deployed there. HMS 'Unicorn' was a transport carrier used to ferry aircraft, materials and men to Korea.

From an album of 110 photographs mainly taken by Lieutenant (later Major) Geoffrey Norton, 1st Battalion The Middlesex Regiment (Duke of Cambridge's Own).