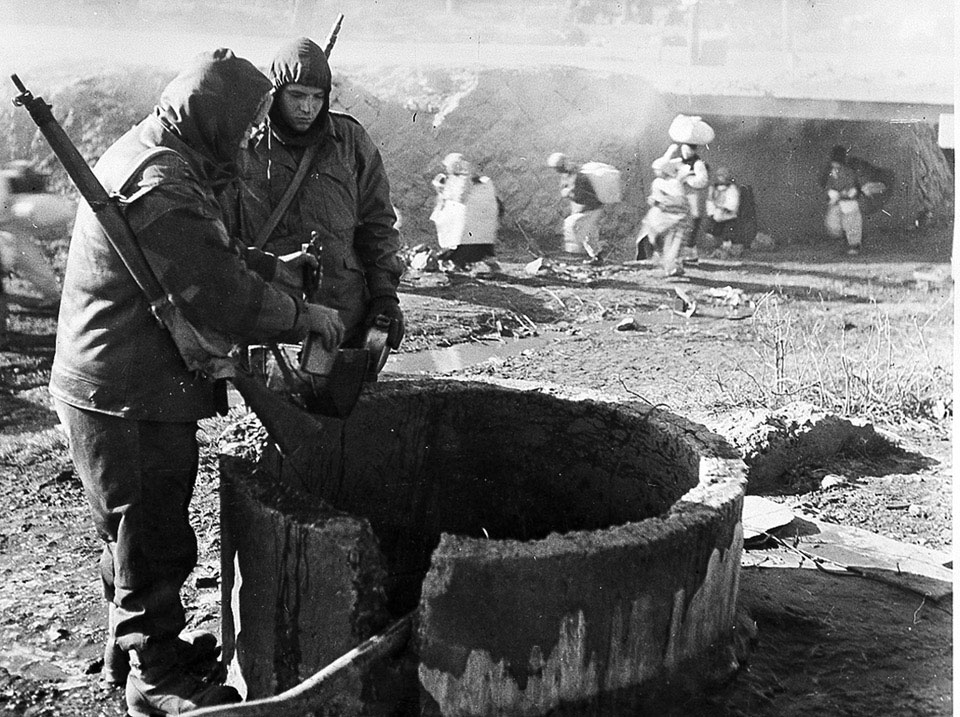 Two members of 1st Battalion, The Middlesex Regiment, well-wrapped against the bitter Korean winter, draw water from a well. From August 1950 to April 1951, the 1st battalion saw action in the Korean war as part of 27th British Commonwealth Brigade, being one of the first British units to be deployed there.