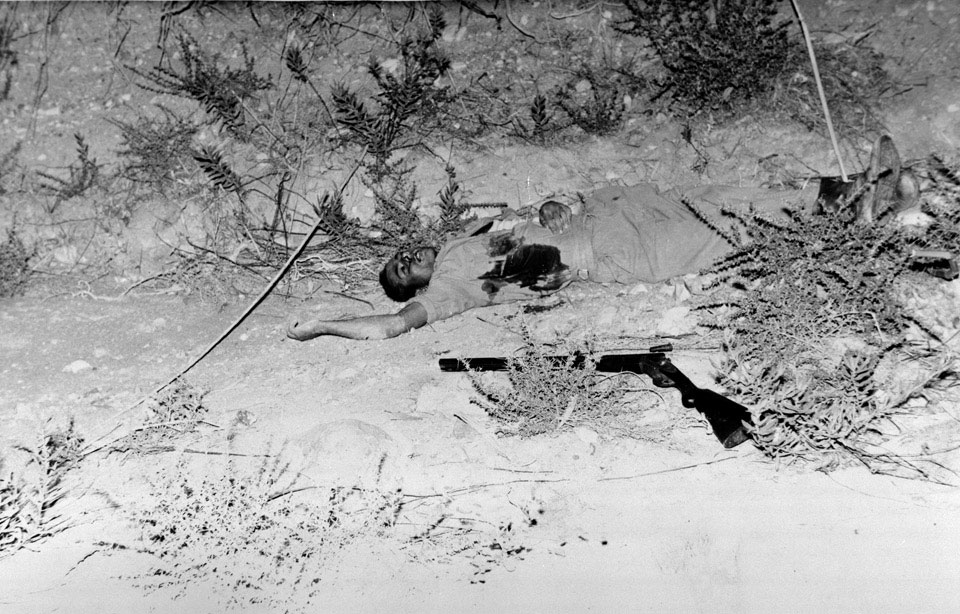 EOKA fighter killed in a clash with British troops, July 1958

The British always found it hard to catch or kill EOKA (National Organisation of Cypriot) Fighters despite having around 17,000 troops on the island by mid-1956. EOKA enjoyed the support of the majority of the Greek-Cypriot population and information about EOKA and its activities was almost impossible to obtain.

From an album of 101 photographs, with newspaper cuttings, 1st Battalion The Middlesex Regiment (Duke of Cambridge's Own), Cyprus, 1955-1958.