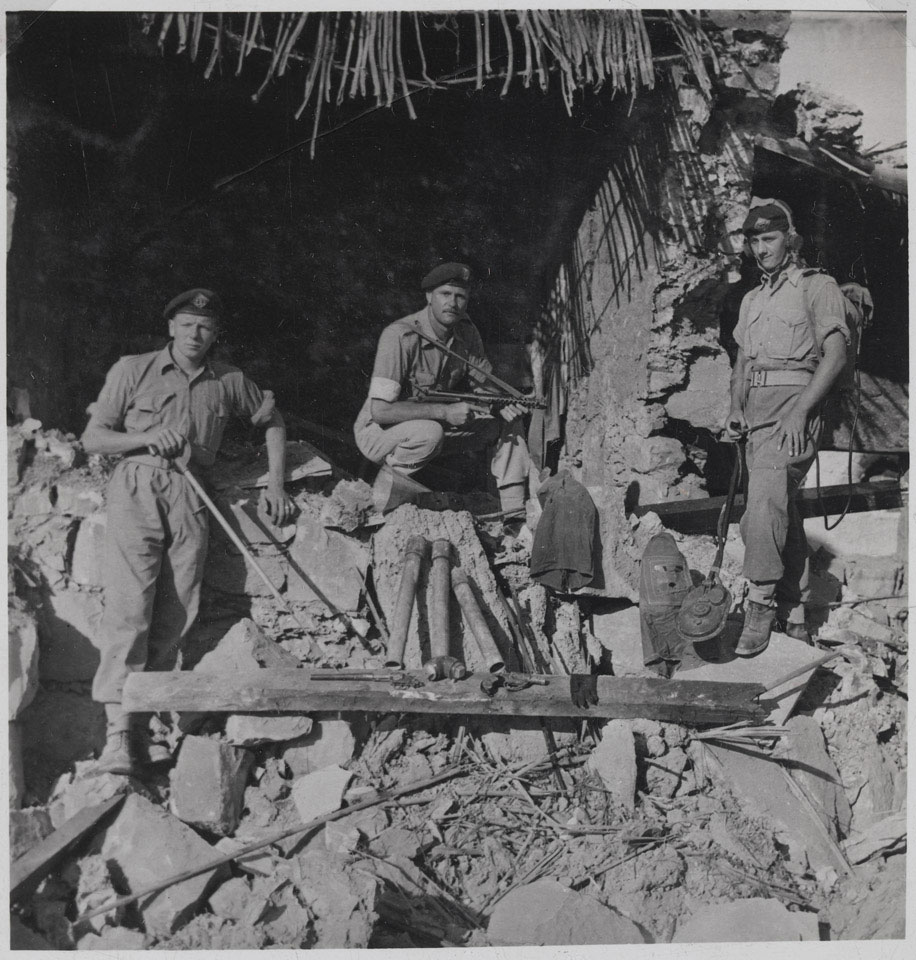 Soldiers of 1st Battalion The Middlesex Regiment (Duke of Cambridge's Own) pose with EOKA (National Organisation of Cypriot Fighters) weapons. The battalion served on Cyprus with 51st Infantry Brigade from October 1955 until October 1958.

From an album of 101 photographs, with newspaper cuttings, 1st Battalion The Middlesex Regiment (Duke of Cambridge's Own), Cyprus, 1955-1958.