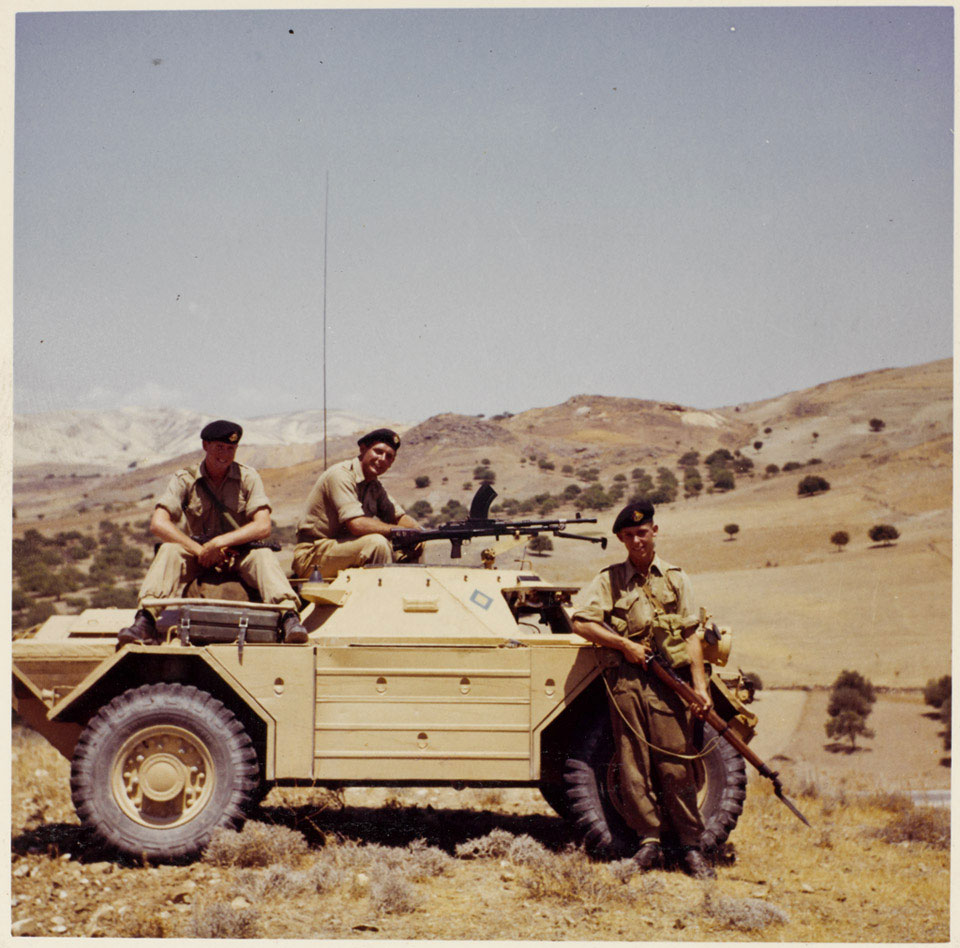 Soldiers of 1st Battalion, The Middlesex Regiment (Duke of Cambridge's Own), with a Mk I Ferret Scout Car in the Troodos mountains, 1957

The Ferret, introduced into Army service in 1953, has a Bren gun on a pintle (horizontal traversing bar on upright stanchion) mount. The man on the right has the No 9 Mk I bayonet introduced in 1945, fixed to his No 4 rifle.

From an album of 101 photographs, with newspaper cuttings, 1st Bn Middlesex Regiment (Duke of Cambridge's Own), Cyprus, 1955-58.