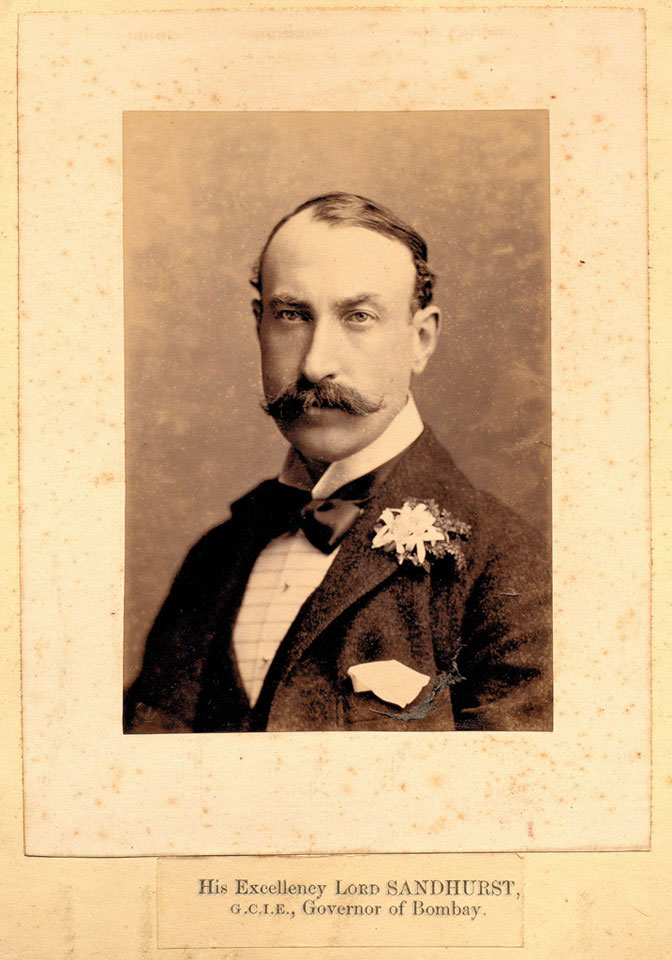 William Mansfield, 1st Viscount Sandhurst (1855-1921), was Governor of Bombay (now Mumbai) between 1895 and 1900. In the summer of 1896, the city was stricken by Bubonic Plague. By March the following year this had caused the death of nearly 20,000 people and had triggered a mass exodus from the city.

Like many officials of the British Raj, Sandhurst was sceptical of taking stringent public health measures to tackle the outbreak, fearing that they would impinge too heavily on the rights and customs of the people and so stir up civil unrest. In a letter to Lord Hamilton, the Secretary of State for India, he described how 'the critical state of affairs was not due to the shortcomings of the city's authorities, but to the unreadiness of the inhabitants, their great dislike and distrust of sanitary measures, and their fear of being separated from their families'. Despite these reservations, Sandhurst passed the Epidemic Diseases Act in February 1897, which gave the authorities wide ranging powers to combat the disease.

From an album of 135 photographs entitled 'Plague Visitation Bombay 1896-97'. The majority of the photographs were taken by Captain C Moss, The Gloucestershire Regiment, and the album was compiled by Mr F B Stewart for the Bombay Plague Committee, chaired by Brigadier-General William Forbes Gatacre.