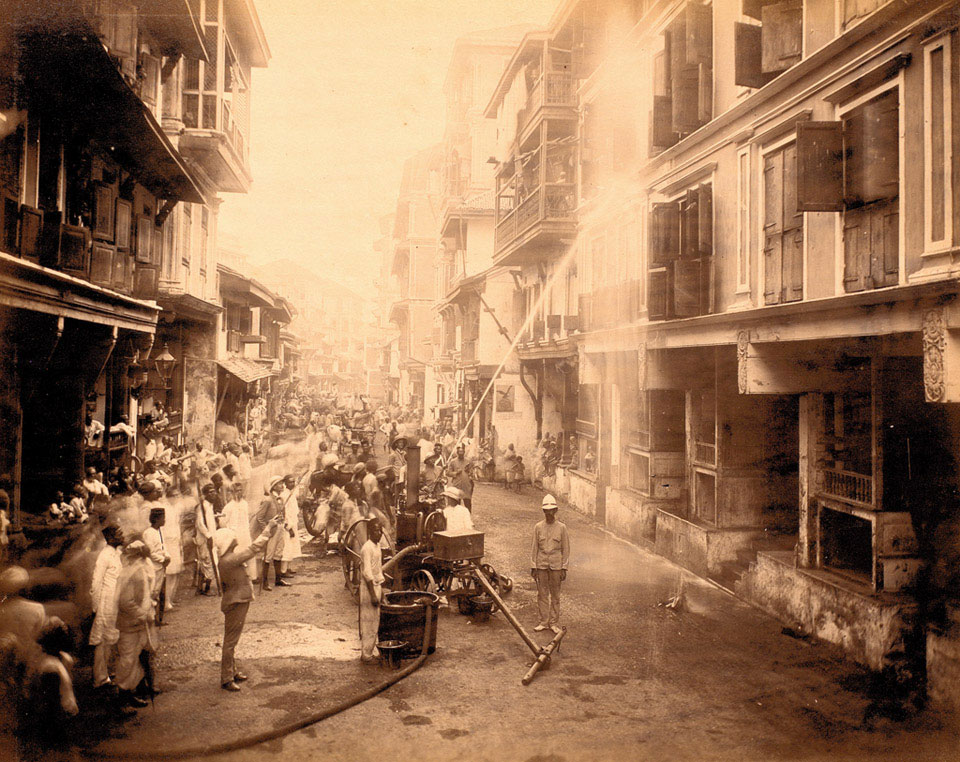 Disinfecting properties was a major part of the effort to combat the spread of Bubonic Plague in Bombay (now Mumbai) in 1896-1897. Flushing engines were used pump large quantities of disinfectants into houses suspected of harbouring the disease. One public health official described how 'We treated houses practically as if they were on fire, discharging into them from steam engines and flushing pumps quantities of water charged with disinfectants'. Unfortunately, the role of fleas and rats in transmitting the disease was not understood at this time, so this method was largely ineffective.