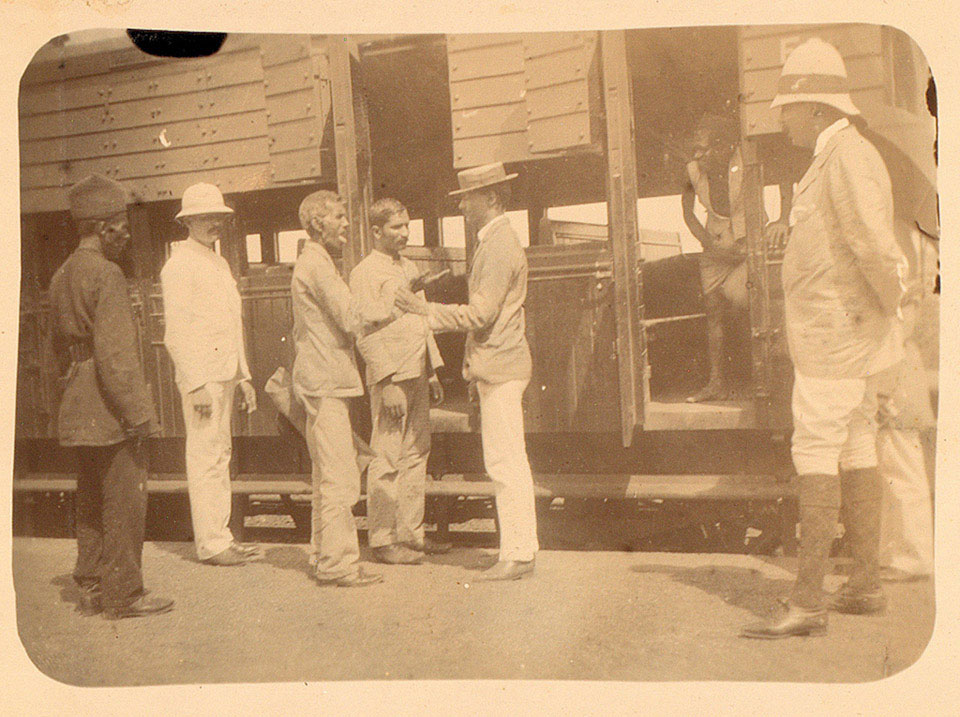 Bubonic Plague broke out in Bombay (now Mumbai), India in 1896. In March 1897 a special committee was set up to combat the it. Amongst the measures that the committee introduced were stringent checks on the transport system. Any travellers suspecting of being infected could be detained by the authorities. Measures such as these proved to be very unpopular and provoked serious civil unrest the following year.

From an album of 135 photographs entitled 'Plague Visitation Bombay 1896-97'. The majority of the photographs were taken by Captain C Moss, The Gloucestershire Regiment, and the album was compiled by Mr F B Stewart for the Bombay Plague Committee, chaired by Brig Gen William Forbes Gatacre. Shows measures taken to combat the plague epidemic in Bombay 1896-1897.