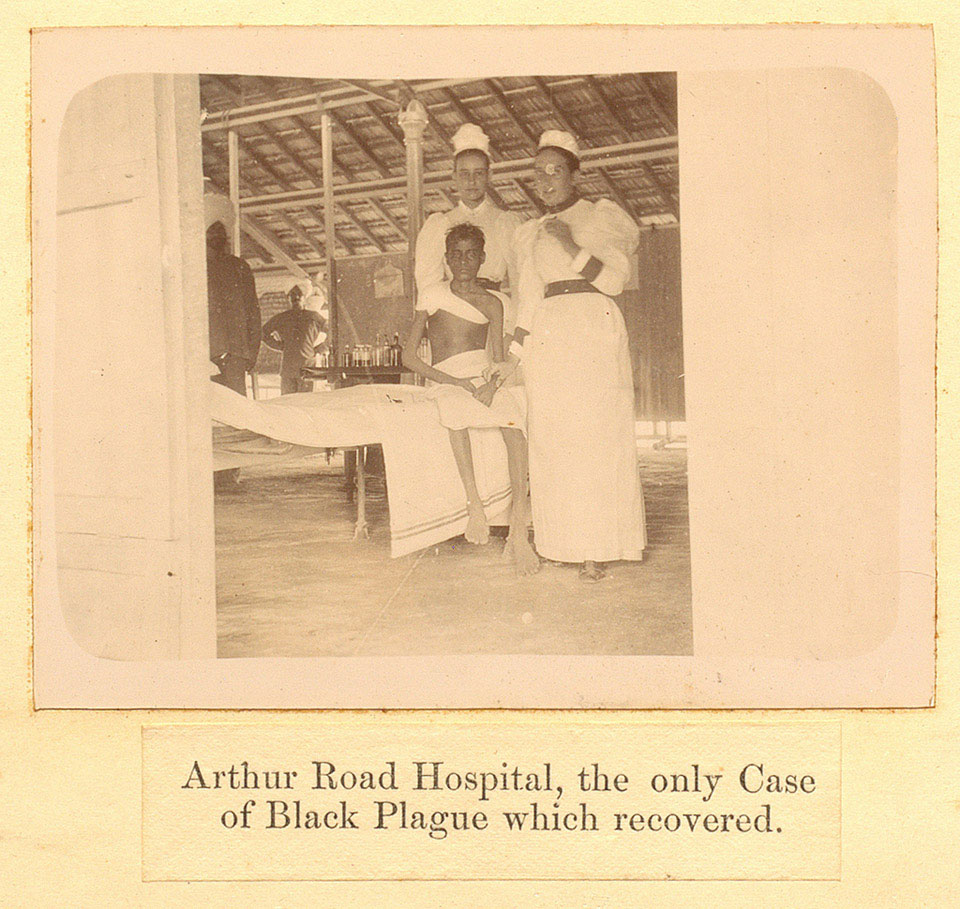 'Arthur Road Hospital, Bombay, the only case of Black Plague which recovered', 1897

Bubonic Plague broke out in Bombay (now Mumbai) in 1896 and spread to many parts of India in the years the followed. The Plague was a terrible disease that was transmitted by rats and fleas. Its symptoms included high fever and glandular swellings, called buboes, most commonly in the groin and armpits. Only a small percentage of victims survived. By the time it began to abate in the early 1920s, the Plague had caused the death of around 12 million Indians.