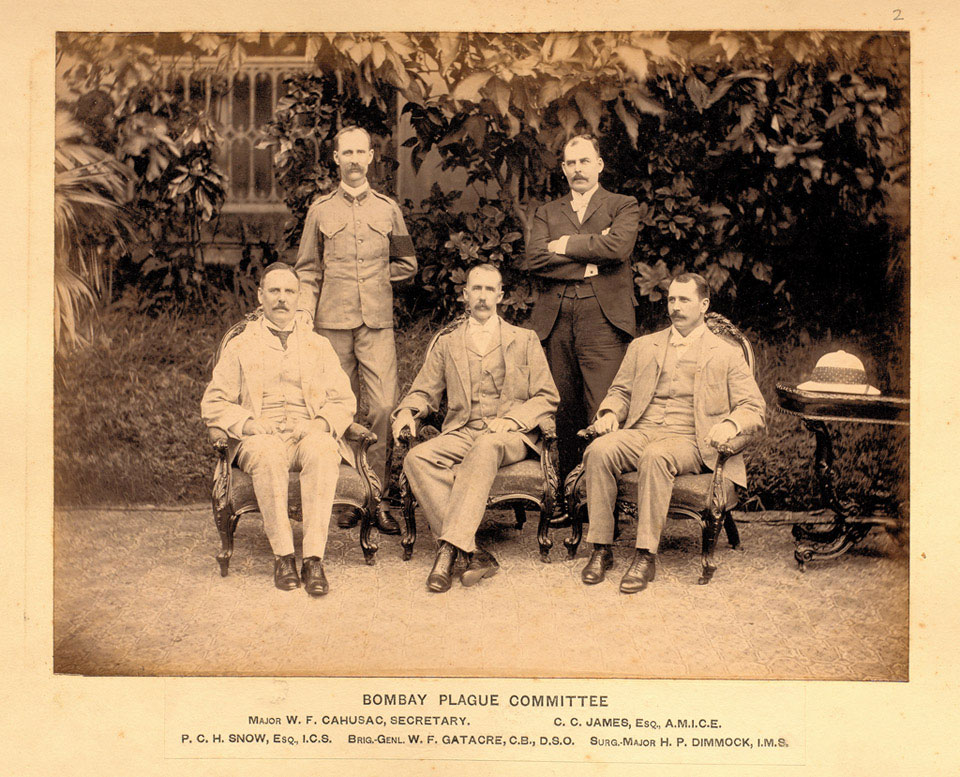 The Bombay Plague Committee was formed in March 1897. It was tasked with combating an outbreak of the Bubonic Plague that had begun in the summer before and had, by that time, killed nearly 20,000 people. The Committee instigated a vigorous program of public health measures, including disinfecting properties, isolating plague patients and segregating anyone who had come into contact with them.

Unfortunately, these methods failed to check the spread of the disease and provoked a backlash from the population who perceived them as invasive and heavy-handed. When strikes and riots broke out in March 1898 the authorities were forced to change their approach. In May, the Committee was abolished, and an approach based upon co-operating with local people was adopted.