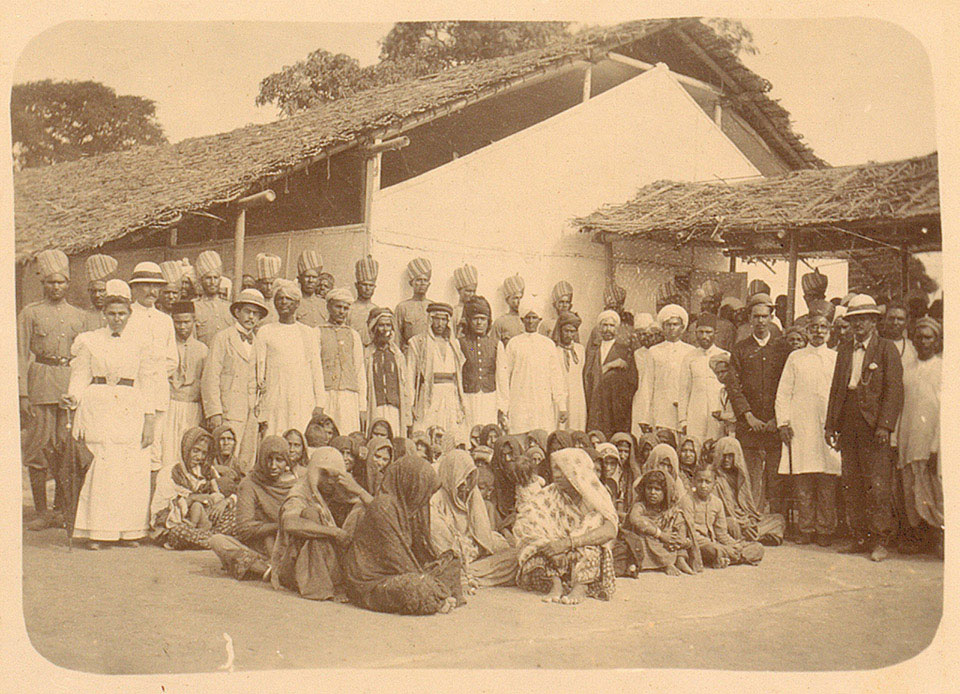 Bubonic Plague broke out in Bombay (now Mumbai) in 1896 and spread to many parts of India in the years the followed. The Plague was a terrible disease that was transmitted by rats and fleas. Its symptoms included high fever and glandular swellings, called buboes, most commonly in the groin and armpits. Only a small percentage of victims survived. By the time it began to abate in the early 1920s, the Plague had caused the death of around 12 million Indians.

Segregating people who had been in close proximity to plague victims was an important part of the effort to combat the spread of the disease in 1897. To facilitate this, special hospitals and camps were set up to temporarily house people. These measures proved unpopular and contributed to the outbreak of civil unrest the following year.

From an album of 135 photographs entitled 'Plague Visitation Bombay 1896-97'. The majority of the photographs were taken by Captain C Moss, The Gloucestershire Regiment, and the album was compiled by Mr F B Stewart for the Bombay Plague Committee, chaired by Brigadier-General William Forbes Gatacre.