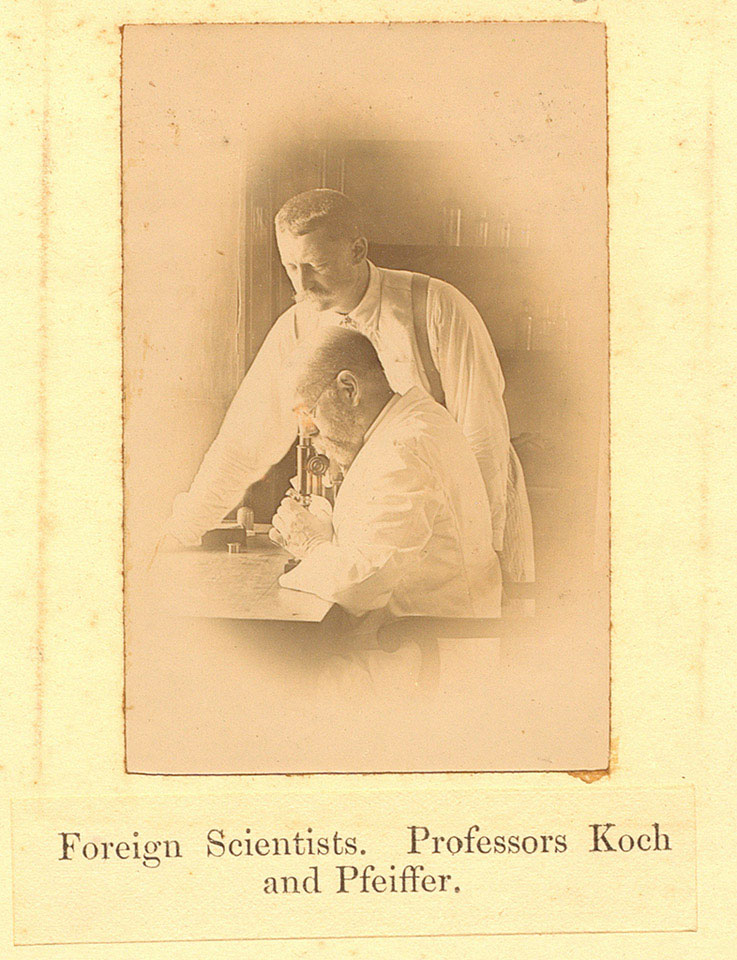 Professors Robert Koch and Richard Pfeiffer were part of a German scientific mission to investigate the outbreak of Bubonic Plague in Bombay in 1897. This period had already seen some important discoveries in this field. The plague bacilli had been identified in 1894 and, in January 1897, Dr Waldemar Haffkine, of the Bombay Plague Research Committee had succeeded in developing a vaccine. This produced promising results but could not check the spread of the disease across the country in the years that followed.

From an album of 135 photographs entitled 'Plague Visitation Bombay 1896-97'. The majority of the photographs were taken by Captain C Moss, The Gloucestershire Regiment, and the album was compiled by Mr F B Stewart for the Bombay Plague Committee, chaired by Brig Gen William Forbes Gatacre. Shows measures taken to combat the plague epidemic in Bombay 1896-1897.