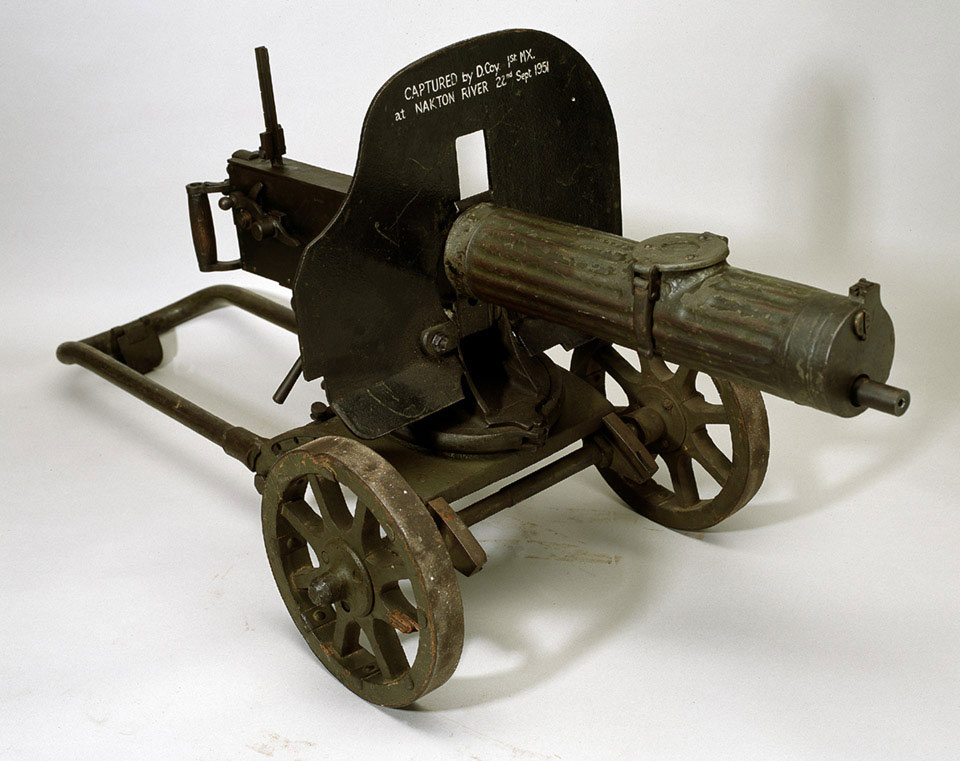 This machine gun belonged to North Korean forces and was captured by 'D' Company, 1st Battalion, The Middlesex Regiment (Duke of Cambridge's Own), during their advance from the Pusan bridgehead in September 1950. Produced in vast numbers during World War Two, these weapons were sent to many of the USSR's allies including China and North Korea after 1945. Simple, robust and effective, the Maxim was used throughout the Korean War (1950-1953). Most Maxims are found with the 'Sokolov' mount, two wheels and a large turntable that allowed the gun to be moved and deployed quickly.