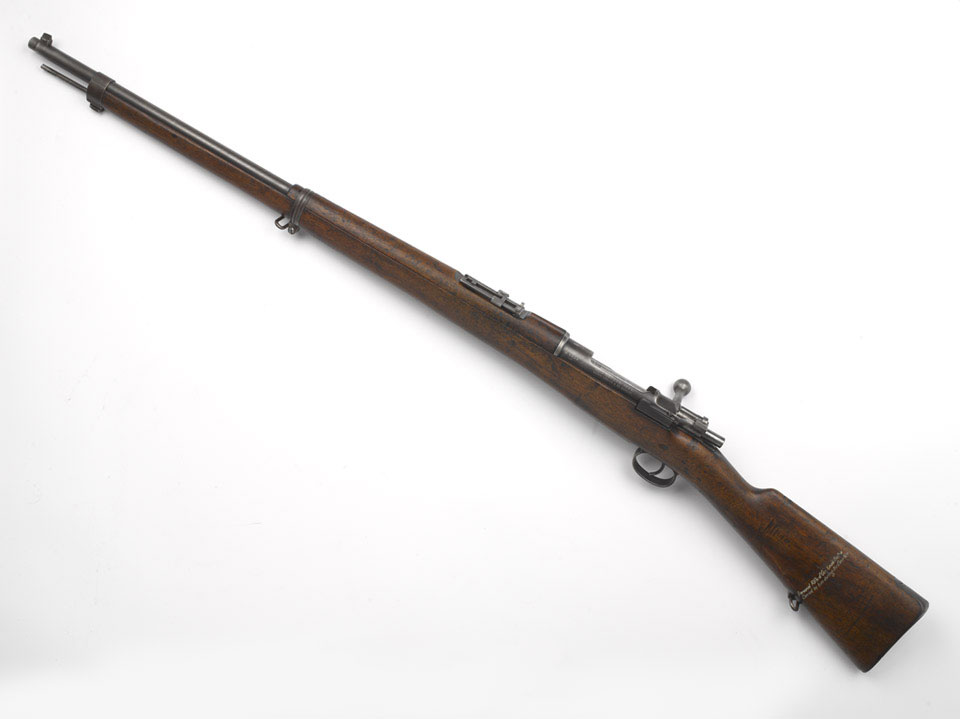 In the many photographs taken of General Botha (1862-1919) he is nearly always seen with a Mauser rifle or carbine. Boer generals fought alongside their men and Botha was one of their ablest leaders. He was responsible for their victories at Ladysmith, Colenso and Spion Kop and eventually became Commandant-General of all Boer forces. After hostilities he became Prime Minister of the Union of South Africa and took his country into World War One (1914-1918) on the Allied side.

Although mounted men preferred the Mauser carbine the rifle was used to great effect for long range sniping.