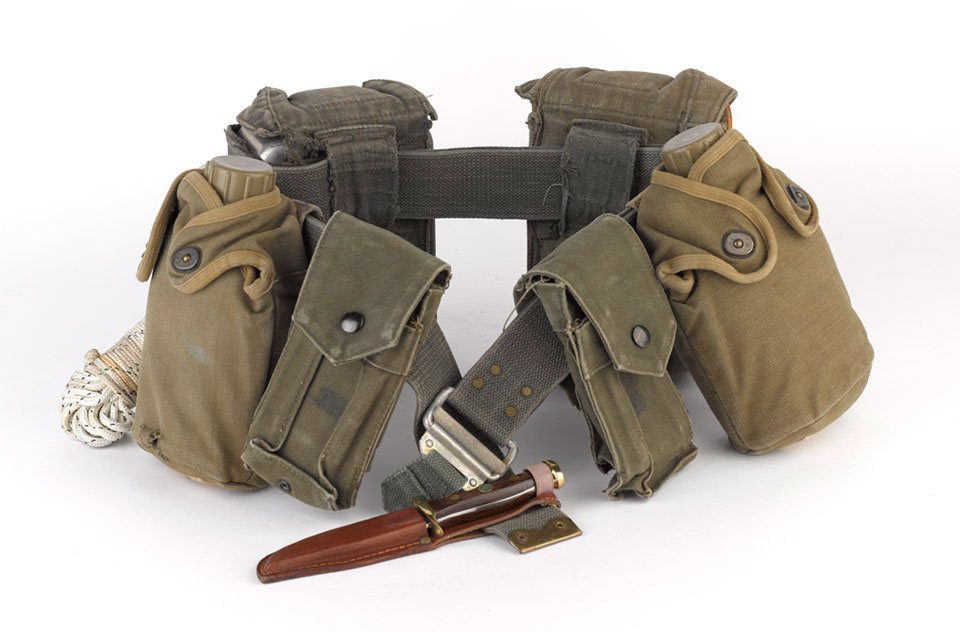 This Special Air Service (SAS) escape belt belonged to Major Hugh Gilpin who served with 21st Special Air Service (Volunteers) during 1951-54 and between 1970-88. Such belts usually included water, rations, extra ammunition, twine, a cover to sleep under, and a survival knife. A belt like this would have allowed a soldier to survive for about two days if they had to operate without their bergen.