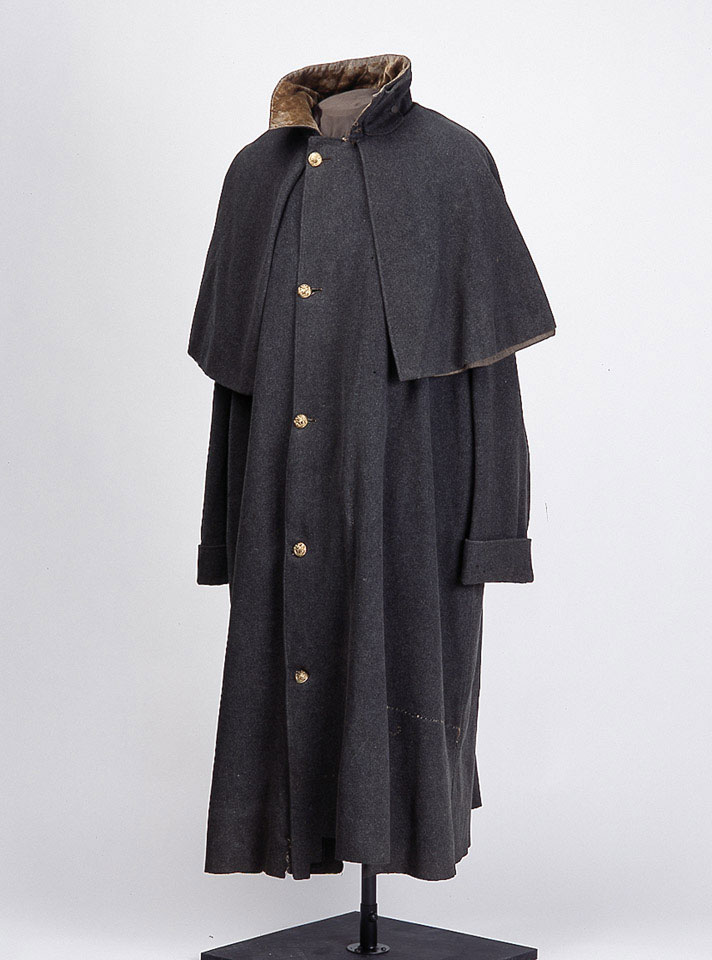 Most of the troops who fought at Inkerman were clothed in their greatcoats and this example of an officer's greatcoat was worn by Lieutenant (later Colonel) William Molesworth Cole Acton (1828-1904). The feat performed by him at Inkerman was one of the most remarkable of the battle and was given due prominence by the historian Kinglake. Sent by General Pennefather with an augmented company of the 77th to reinforce the 'Barrier' across the Sevastopol post-road, when the battle was nearing its close, Acton was ordered to clear a Russian battery from Shell Hill. Acton could take his own company and two others that he would find up ahead. Unfortunately, when he reached the companies in front:

Both the officers thus called upon to act refused in plain terms to do so, saying that they (the three companies) were not strong enough. Then Acton said, 'If you won't join me, I'll obey my orders and attack with the 77th'; and so saying, he ordered his men to advance; but not a man of them moved, for they were checked, as was not unnatural, by finding that their captain was seeking to act in defiance of the opinion given by the two other officers.

Acton said, 'Then I'll go by myself,' and moved forward accordingly; but he soon found himself quite alone, at a distance of some thirty or forty yards in front of his men. Presently, however, James Tyrrell, a private of the 77th, ran out of the ranks and placed himself by the side of his captain, saying, 'Sir, I'll stand by you.' Then a soldier sprang out from the company which was on the right of the 77th men .. . The officer and the two soldiers moved forward towards the battery, and they compassed a few yards without being followed; but then suddenly, to Acton's infinite joy, the whole of his 77th men rushed forward after their captain.

Nor could the other two companies now remain behind, and they also followed Acton in an attack which proved completely successful.