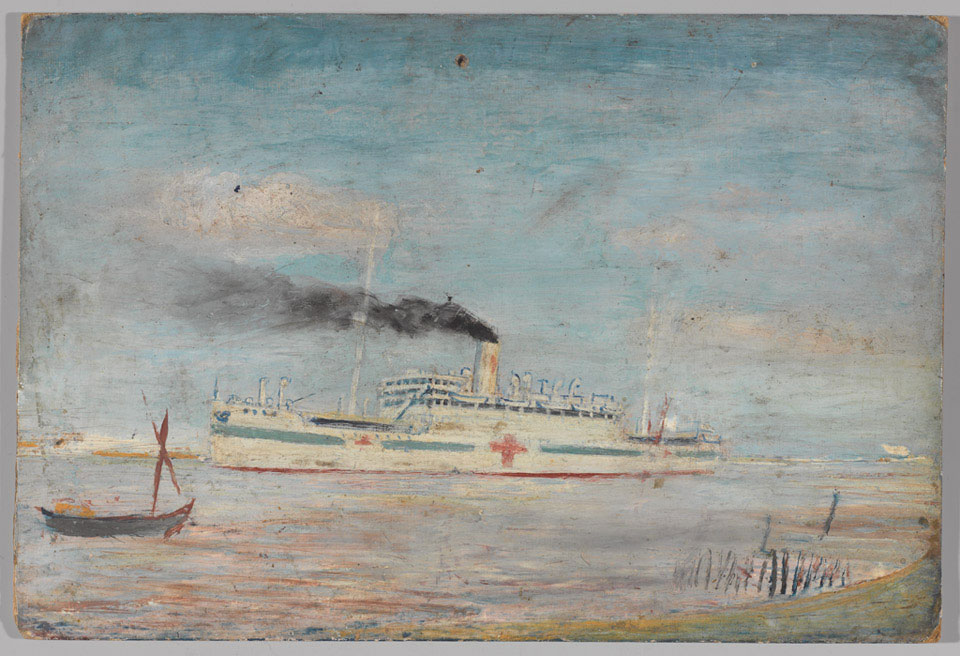 The hospital ship 'Karapara' off Chittagong, 1945

The passenger cargo ship 'Karapara' was built by Swan, Hunter and Wigham RIchardson Limited on Tyneside and was launched in March 1915.

Built for the Bombay to East Africa Service as the 'Karunga'. The ship was first requisitioned from the British India Steam Navigation Company Limited by the Admiralty in 1915. The 'Karapara' was designated Naval Hospital Ship No. 17 and fitted out with 341 beds. She took part in the Gallipoli campaign and rescued 270 survivors from the hospital ship 'Dover Castle' after she was torpedoed by a German U-boat. She was returned to her owners in 1920.

Transferred to the Calcutta to Singapore service in 1932, the 'Karapara' once again entered military service in June 1940, requisitioned again as hospital ship No. 36. She received bomb damage at Tobruk on 5 May 1941 but was repaired and survived the war. She was finally broken up in Bombay in March 1950.