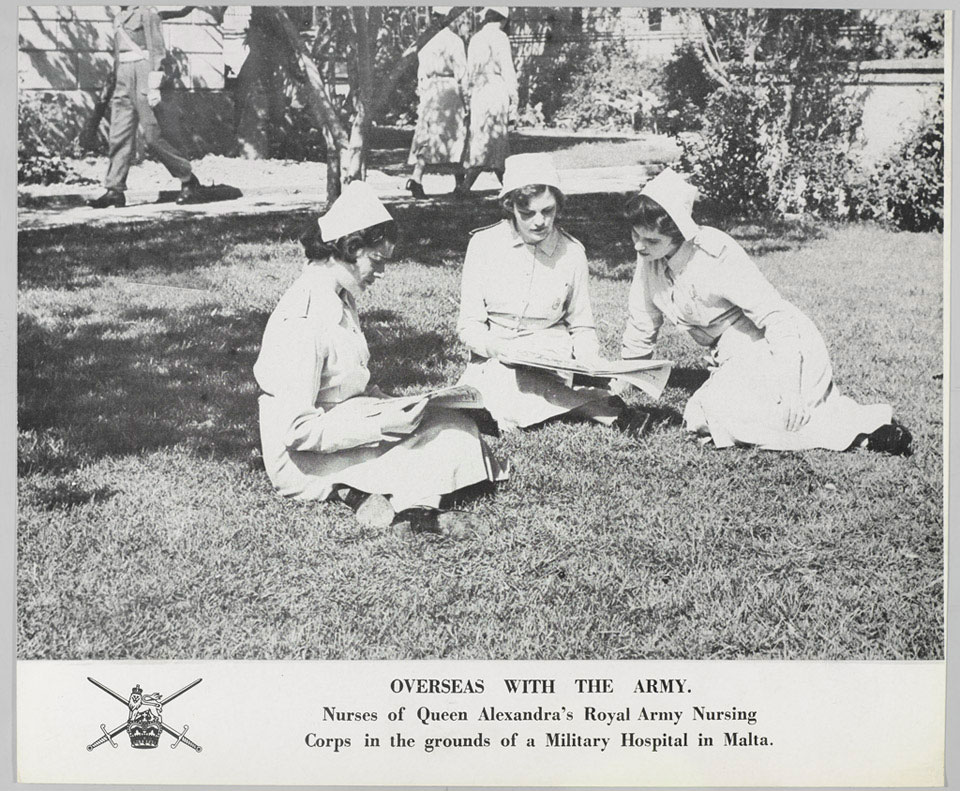 'Overseas with the Army. Nurses of Queen Alexandra's Royal Army Nursing Corps in the grounds of a Military Hospital in Malta'