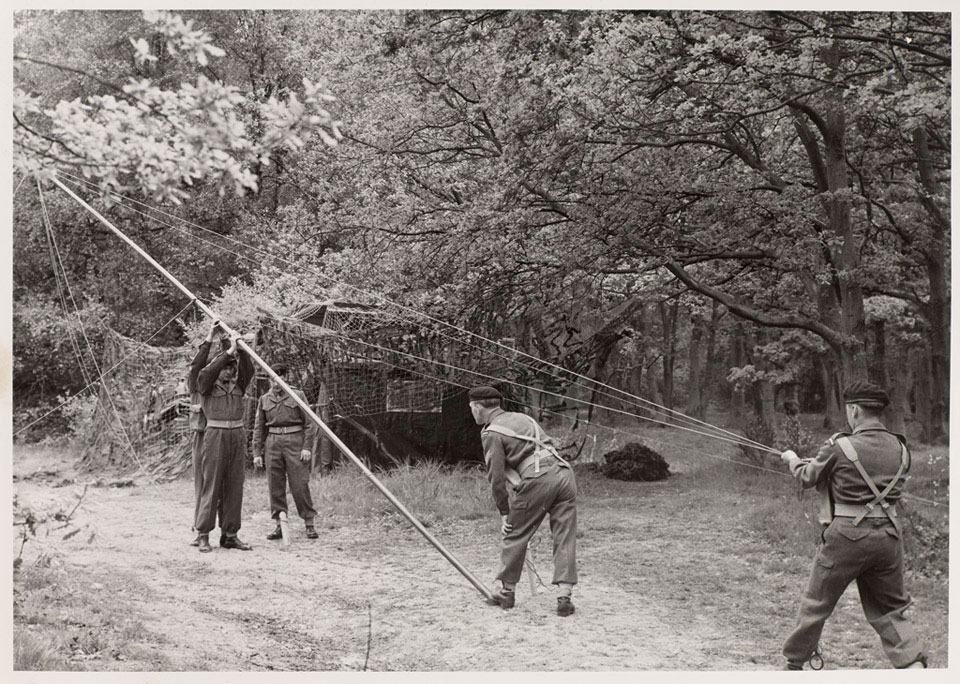 Soldiers of the Royal Corps of Signals erect a radio aerial, 1955 (c)

Signals units provided the communications infrastructure for the British Army wherever it operated in the world. In the 1950s this included using and maintaining radio sets, phone lines and radar systems.