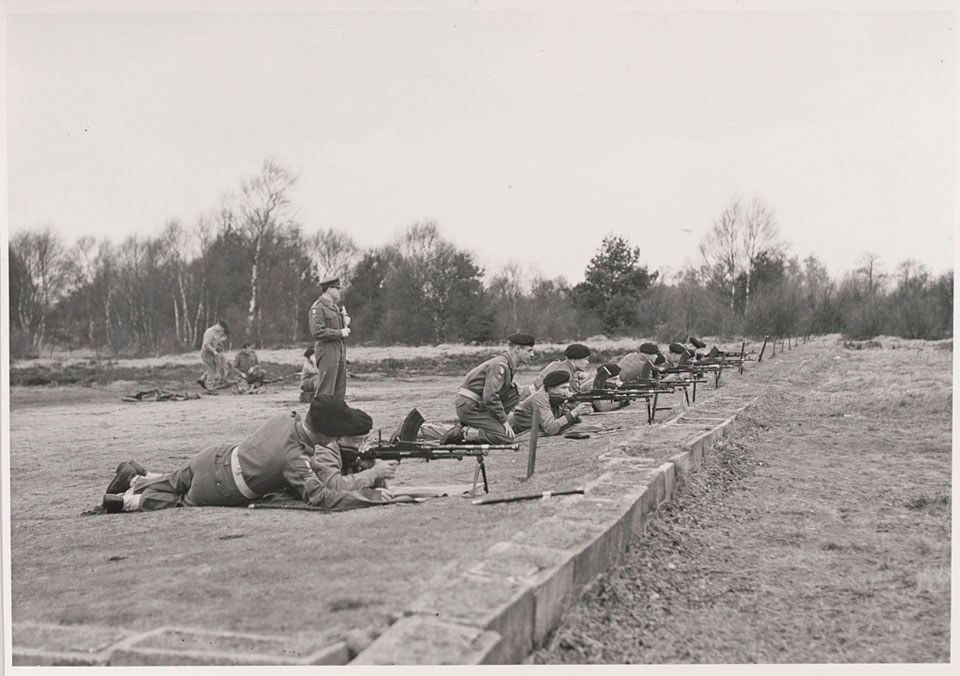 One of the finest light machine guns ever produced, the Bren was the basis of most British Army platoon's firepower. Adopted in the late 1930s, it remained in service until the early 1990s. During the 1950s, the Bren was updated to accommodate the 7.62 mm NATO rifle cartridge rather than the older British .303 inch round.

One of 33 photographs associated with the Queen's Royal Surrey Regiment. From a collection of 1536 photographs taken by Central Office of Information of the regiments and corps of British Army, 1950 (c)-1969 (c).