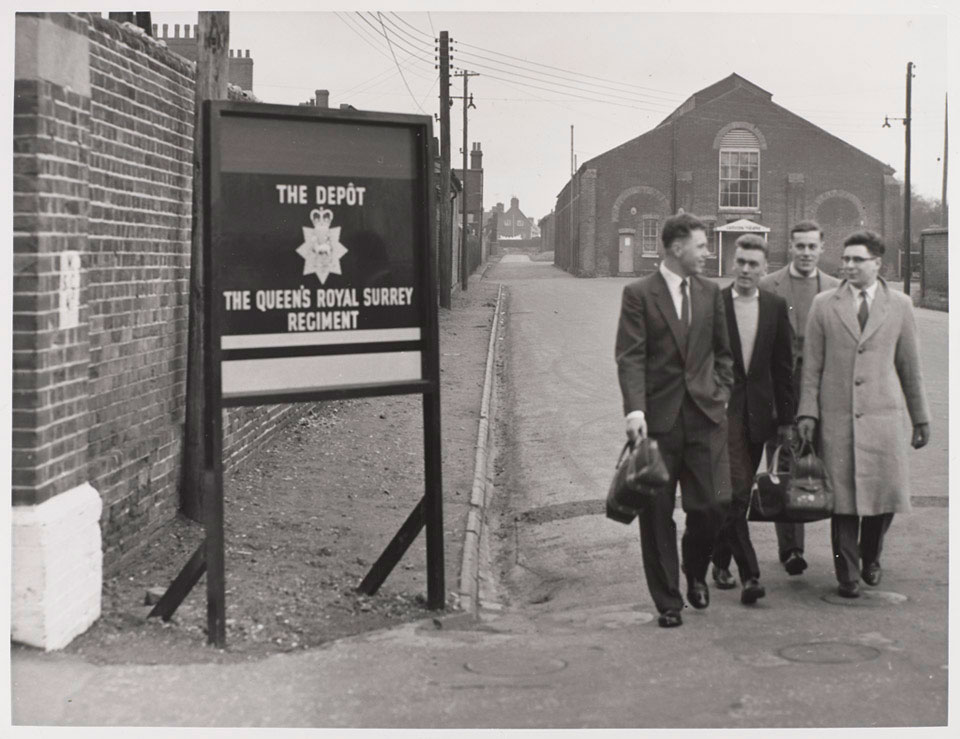 One of 33 photographs associated with the Queen's Royal Surrey Regiment. From a collection of 1536 photographs taken by Central Office of Information of the regiments and corps of British Army, 1950 (c)-1969 (c).