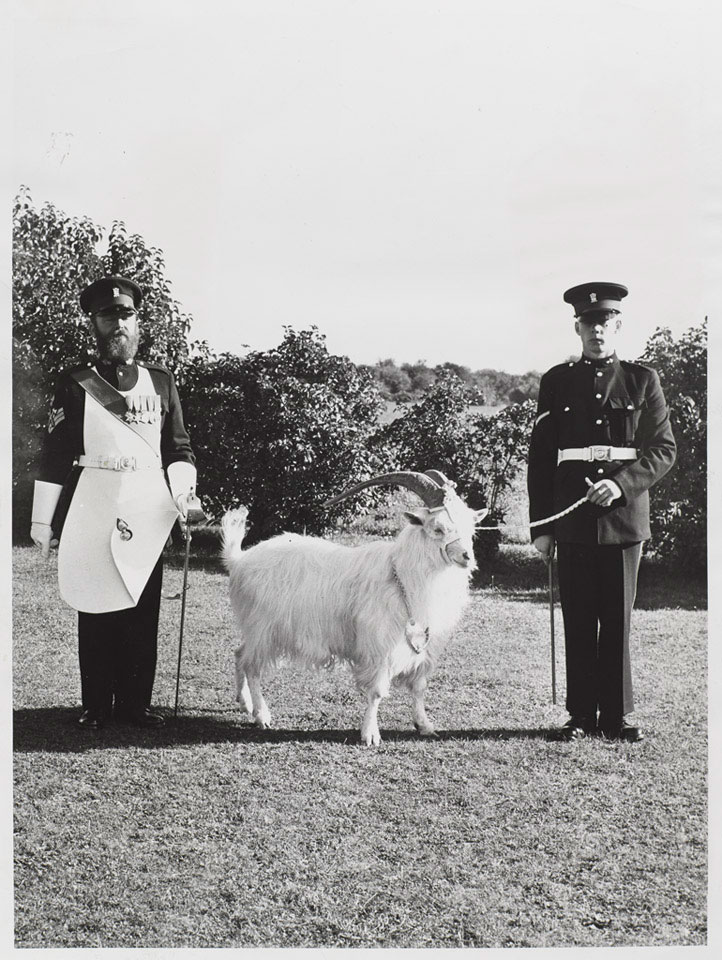 A regimental goat of the Royal Welch Fusiliers with his goat major and a farrier, 1950 (c)

The Royal Welch Fusiliers' relationship with goats dates back to an incident at the Battle of Bunker Hill in 1775, during the American War of Independence. A wild goat is reputed to have strayed onto the battlefield and led the Royal Welsh Fusiliers' colour party from the field. A goat has served with the Regiment and its successor units ever since.

In 1884 Queen Victoria presented the Regiment with a Kashmir goat from her royal herd. Subsequently, the Royal Welsh have obtained all their regimental goats as a gift from the monarch. This means that they are deemed ranking members of the Regiment rather than mascots.