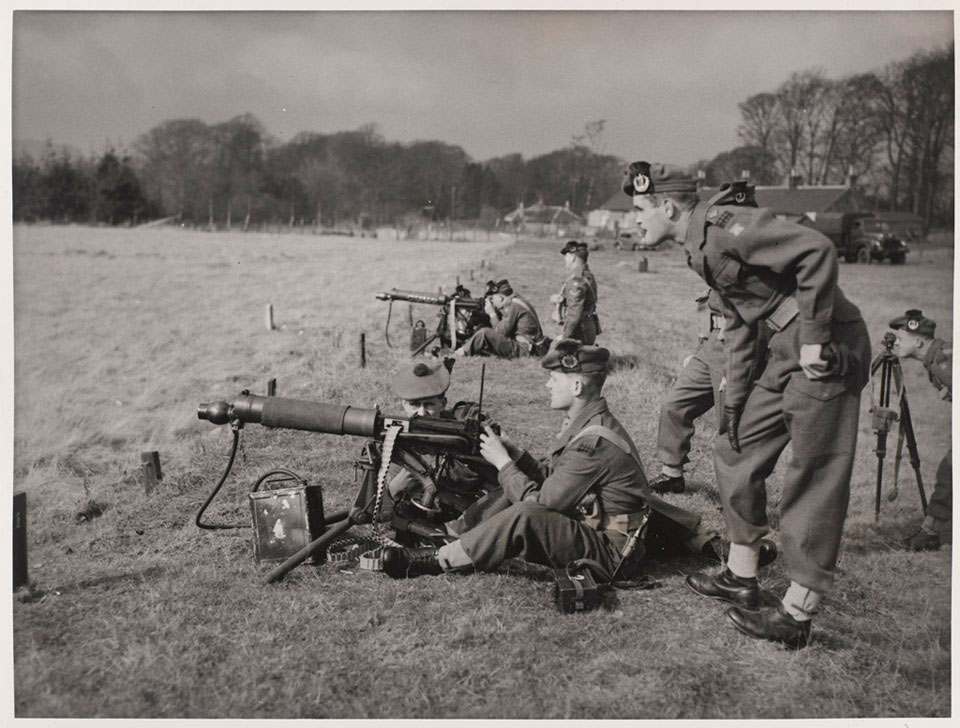 Members of the Queen's Own Cameron Highlanders train with the Vickers. This weapon first entered British Army service in 1912 and variants of the gun remained in use well into the 1960s.

The Cameron Highlanders were stationed in England and Scotland between 1958 and 1961 when they were merged into the Queen's Own Highlanders.