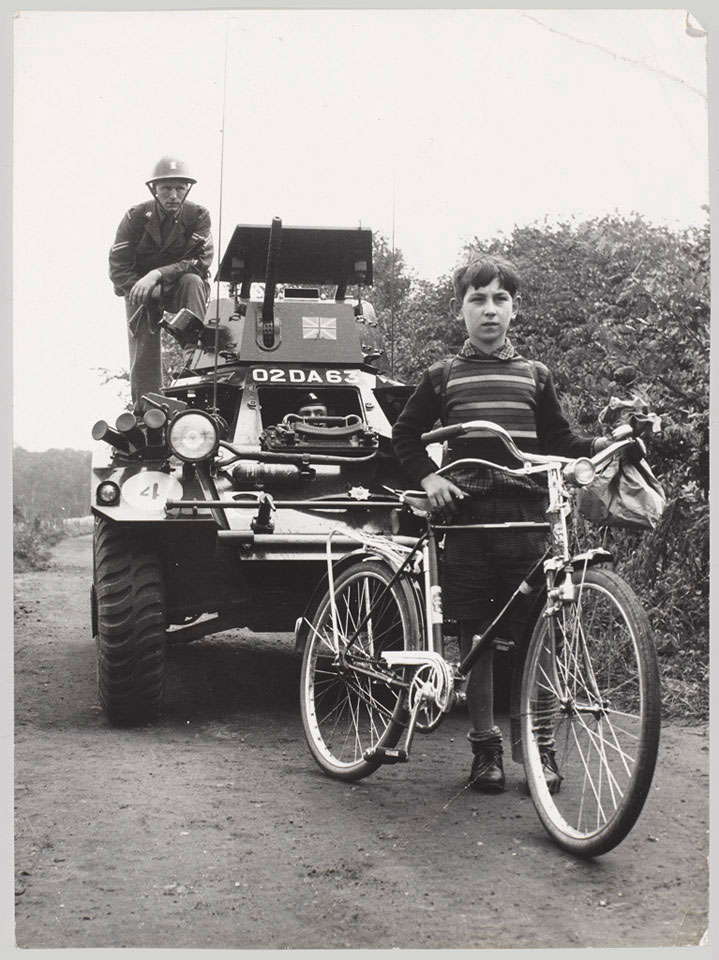 A British Army Ferret scout car and a schoolboy in West Germany, August 1961