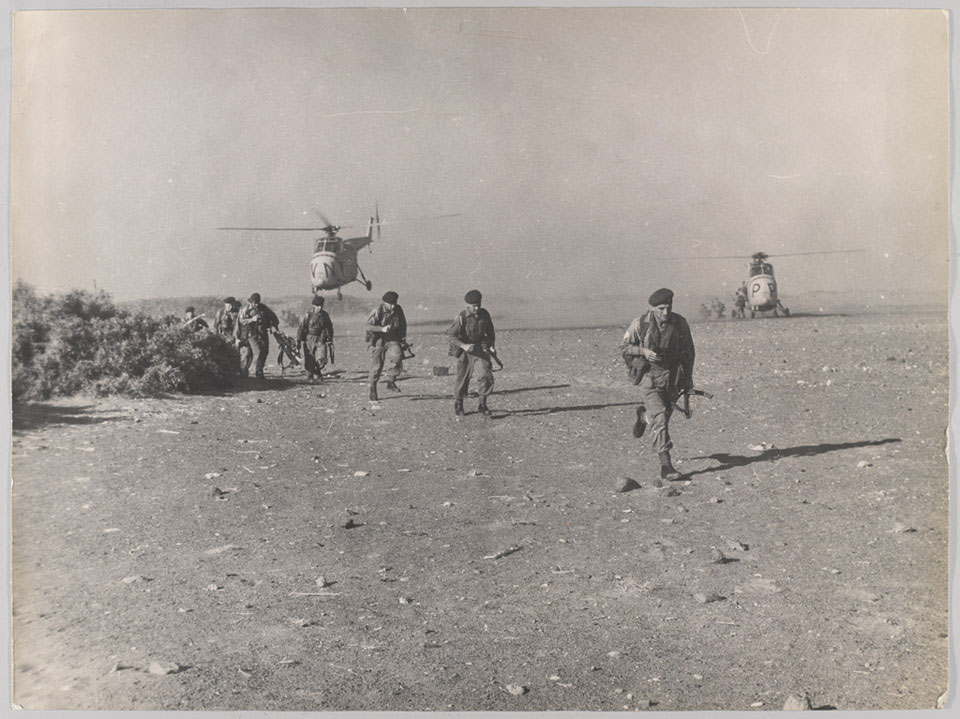 British soldiers deploy for operations in Radfan during the tribal insurgency of 1964. After four month of fighting the British and their Federation Regular Army allies restored order.