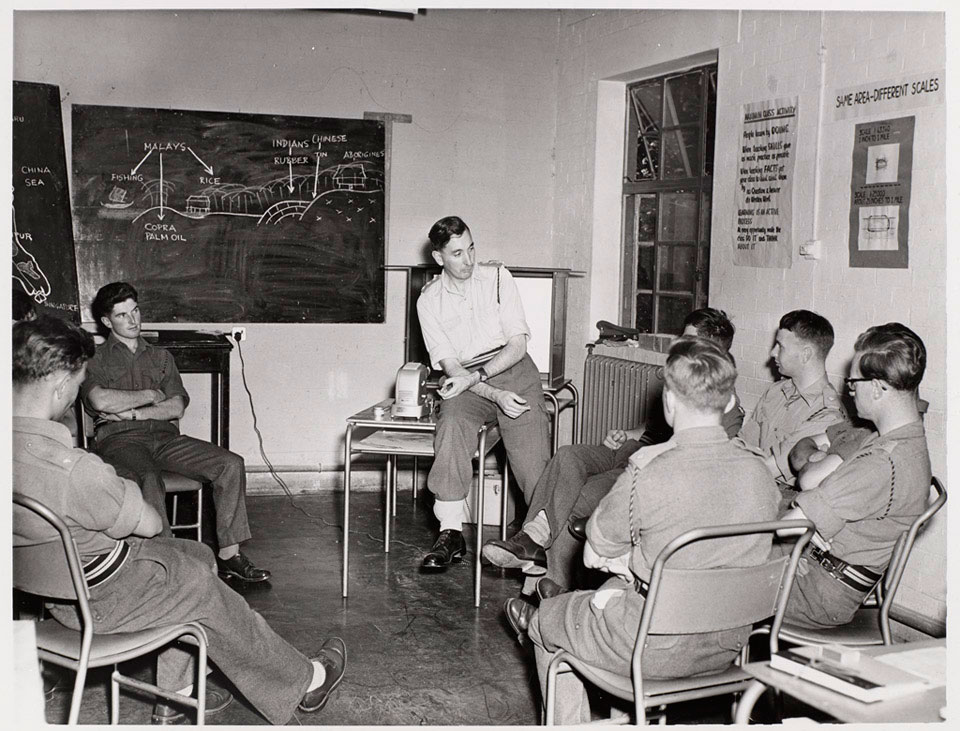 The modern British Army required educated and technically proficient soldiers, so the Royal Army Education Corps (RAEC) was responsible for educating and instructing troops in a range of skills and subjects. It also offered vocational training that soldiers could use either while in the Army or on returning to civilian life.

The corps also gave lectures and talks on British Army deployments and the context in which they took place. In this photograph, an officer instructs soldiers on the different ethnic groups in Malaya and their economic situation.

One of 64 photographs of the Royal Army Education Corps. From a collection of 1536 photographs taken by Central Office of Information of the regiments and corps of British Army, 1950-1969.