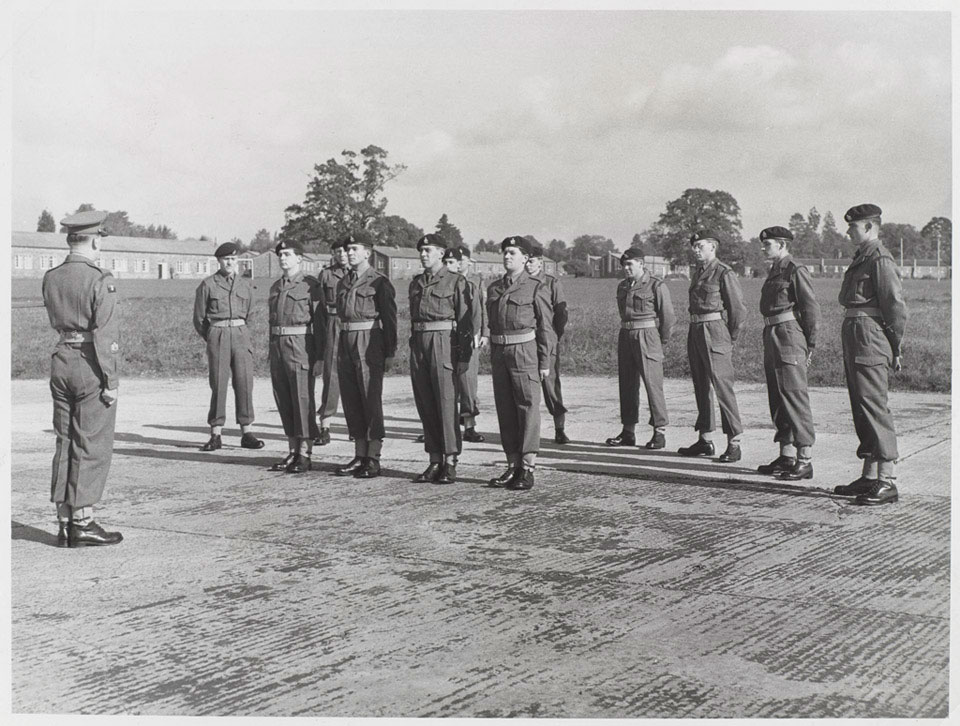 Soldiers of the Intelligence Corps on parade, 1960 (c)

This work includes gathering human intelligence from prisoners of war, civilians or refugees, as well as studying details gathered from signals intelligence or imagery intelligence.