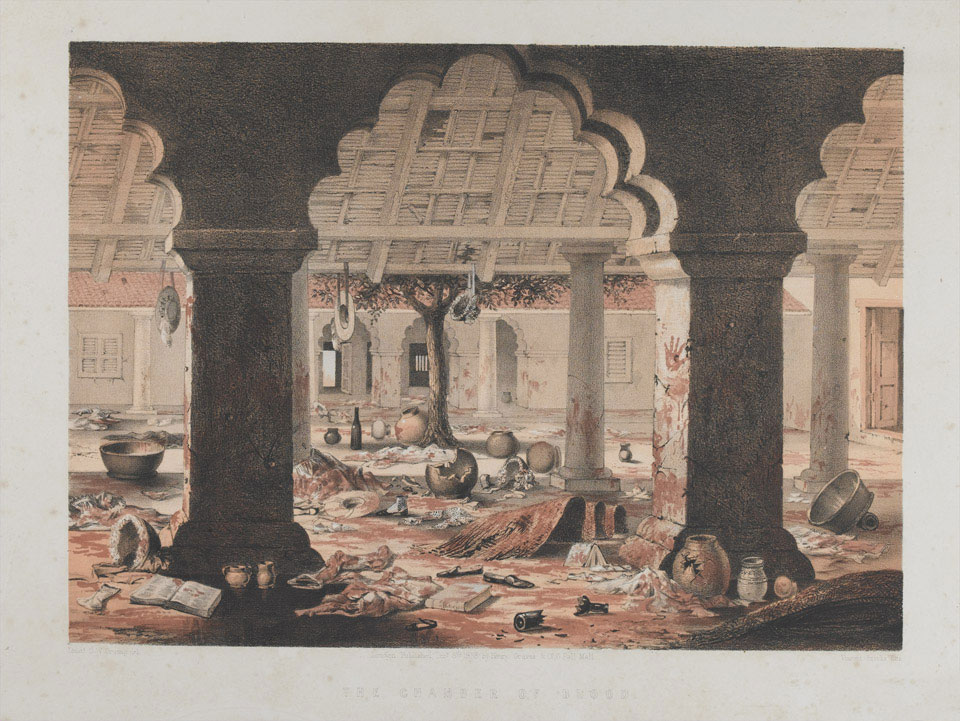 Tinted lithograph by Vincent Brooks after Lieutenant C W Crump, Madras Artillery, No. 2 in the series 'A Pictorial Record of the Cawnpore Massacre', published by Henry Graves and Company, London, 8 February 1858.

On 6 June 1857, during the Indian Mutiny (1857-1859), rebel forces under Nana Sahib, who wished to restore the Maratha Empire, laid siege to Kanpur (Cawnpore). The garrison of British and Indians, half of whom were women and children, held out for twenty days before surrendering on the promise of a safe conduct. As they embarked on the boats which were to carry them to safety, almost all the men were murdered, the remnant were later shot. The women and children were returned as captives to Kanpur, where they were later massacred on the approach of a British relief column. The sepoys who had earlier joined in the killing of British captives refused to participate in this third massacre, and fired their weapons into the ceiling. The tale of the massacre, horrible as it was, gained much in the telling, and was used to justify harsh and summary punitive measures.