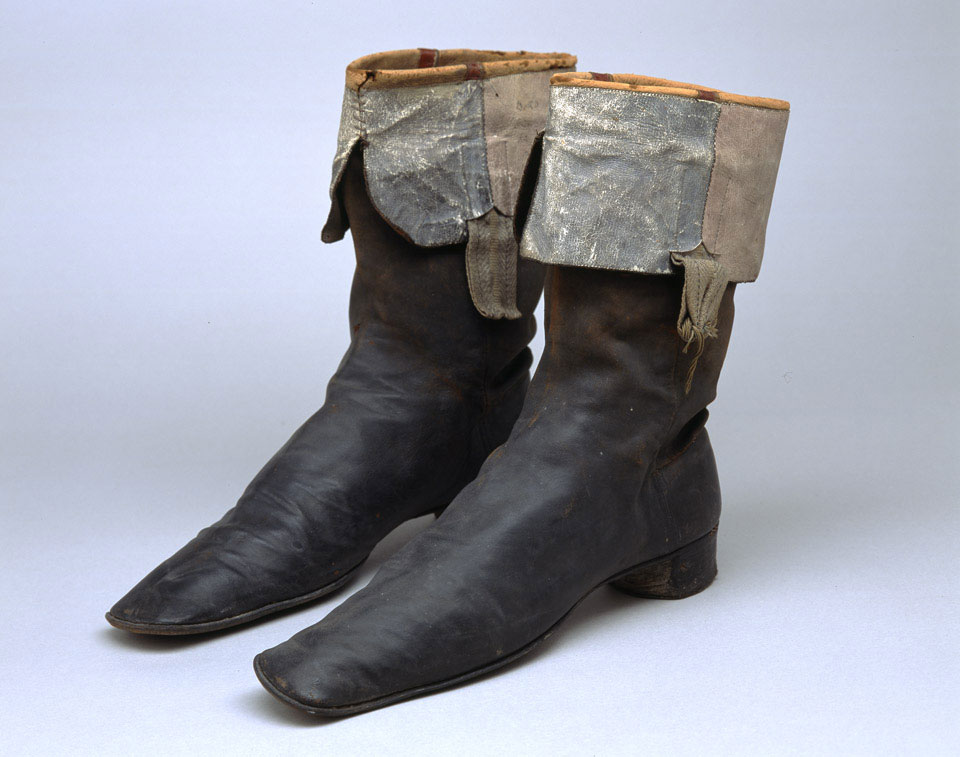 These boots were worn by Prince Alexander Sergeievich Menshikov, commander of the Russian forces at the Battle of the Alma on 20 September 1854. They were presumably recovered from his coach, which was captured after the battle.