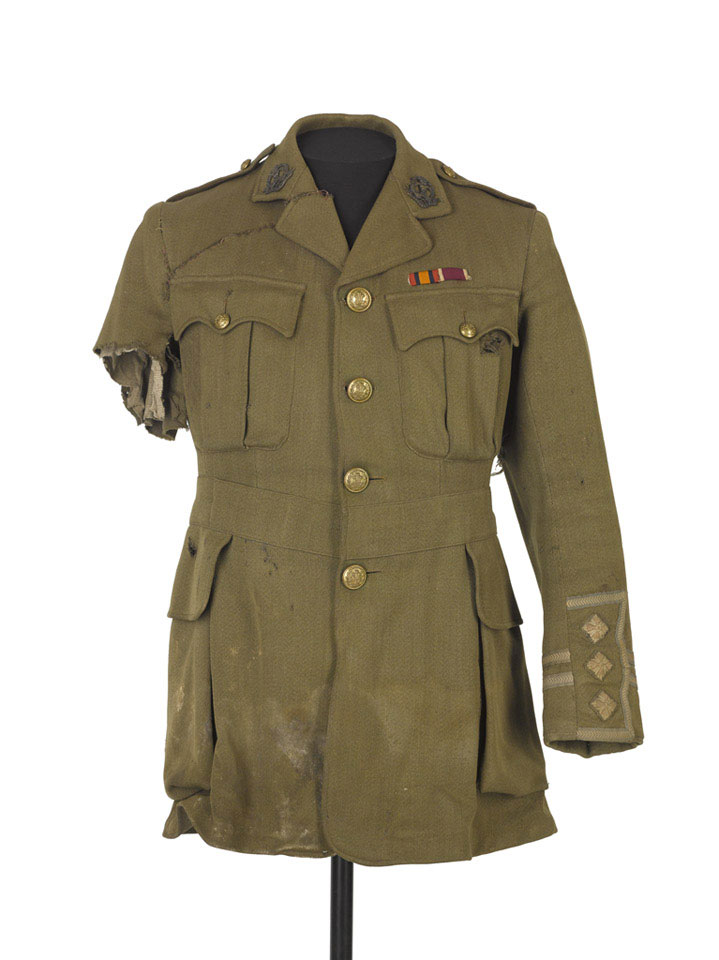 Service tunic worn by Captain George Johnson, 2nd Battalion, The Duke of Cambridge's Own (The Middlesex Regiment) on 1 July 1916

Johnson was wounded on 1 July 1916 during the attack on Ovillers-La Boisselle on the Somme. Machine-gun fire devastated his battalion and although a few men reached the second line of German trenches, by the end of the day all had returned to the British lines or lay in no-man's land. All but 50 of the battalion were killed, wounded or reported missing. Johnson was wounded in the chest, pelvis and right forearm. You can see where his uniform was cut away from his arm. He survived the war and lived until his 90s.