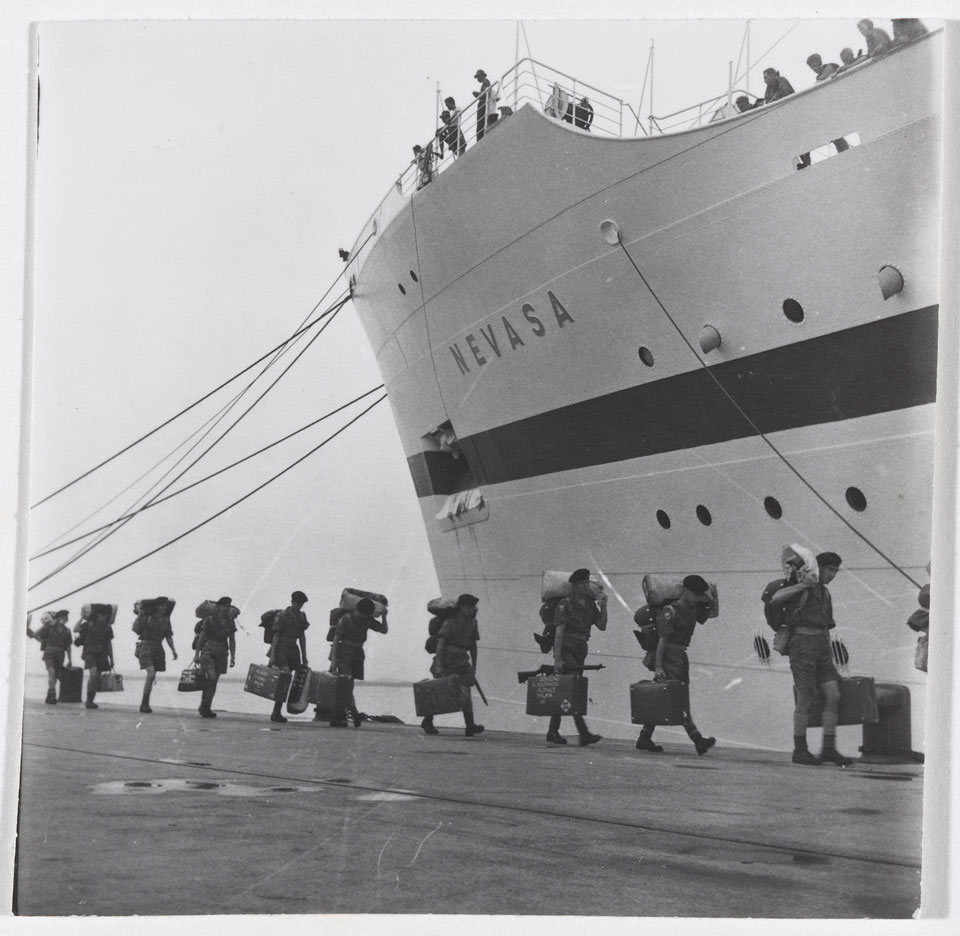 HMT 'Nevasa' was a purpose-built troopship newly commissioned by the British India Steam Navigation Company in 1956. She remained in service until the end of sea trooping in 1962. The vessel was then used for school educational cruises.

From an album of photographs covering military and social aspects of army life in Malaya.