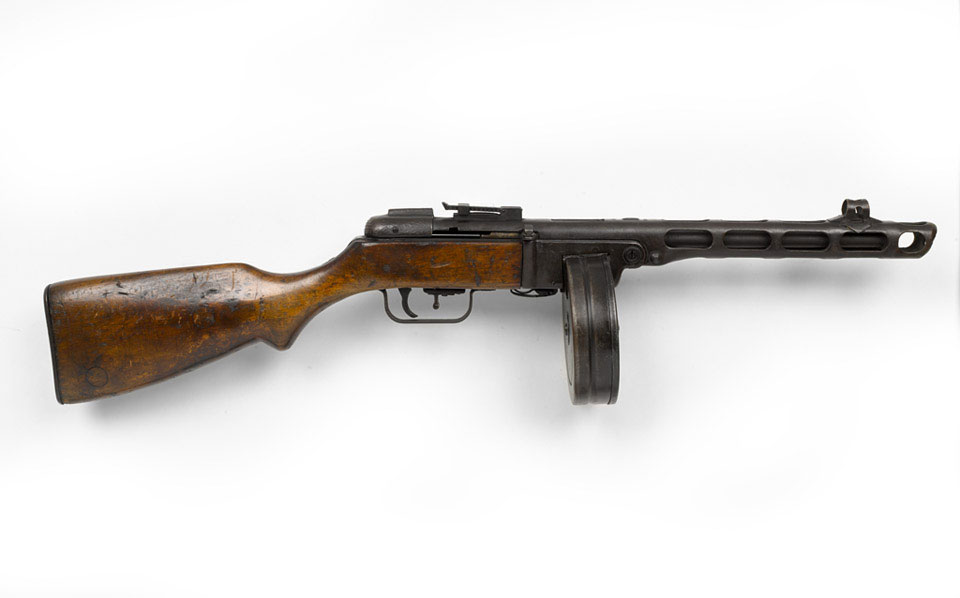 This weapon, used by Chinese Communist forces during the Korean War (1950-1953), was recovered from Pakchon, in October 1950.

The PP-Sh-41 was produced in large numbers from 1942 onwards and became almost the badge of the Russian infantry from that date. Exported to many Russian client states after World War Two it was used by both the North Korean and Chinese Armies. Robust, even crude, it was an effective and reliable weapon whose main advantage was the 71 round suomi drum magazine.