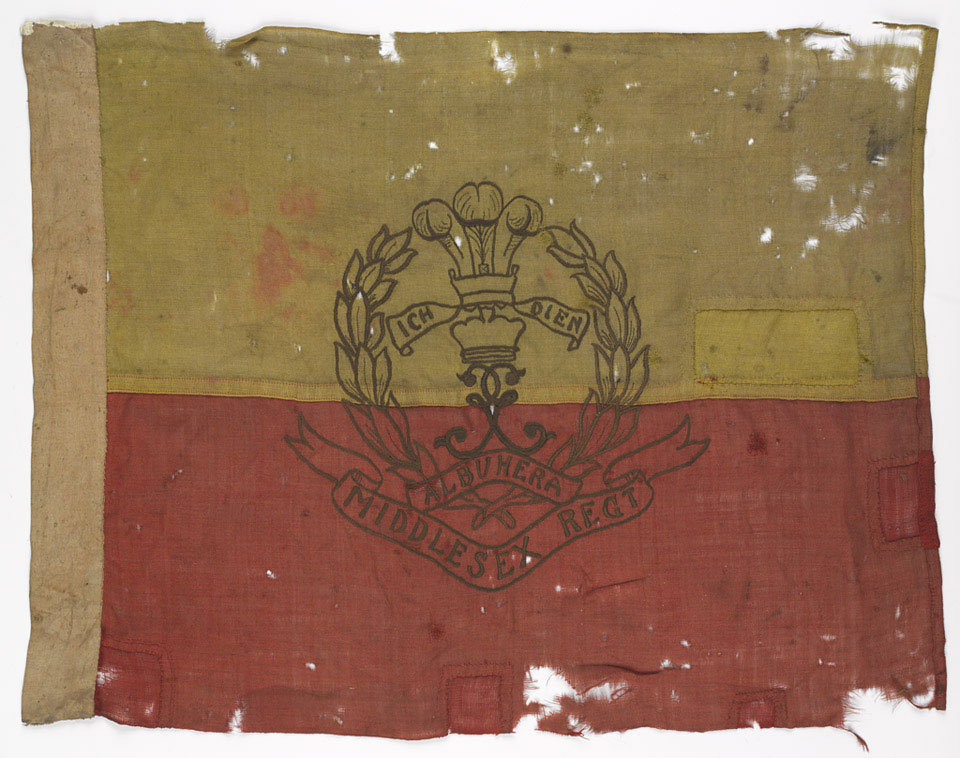 Flag carried during assault on Thiepval by 12th Battalion The Duke of Cambridge's Own (Middlesex Regiment), 26 September 1916

The 12th Middlesex attacked Thiepval on the Somme with the rest of 18th (Eastern) Division. Advancing under a creeping barrage, they fought their way up the heights and through the village only to be held by machine gun fire from the ruins of an old chateau. Two hours later, a tank moved forward and fired into the German entrenchments, before breaking down. A trench mortar was then brought forward to continue the work. After vicious hand-to-hand fighting the British gained control of most of Thiepval.