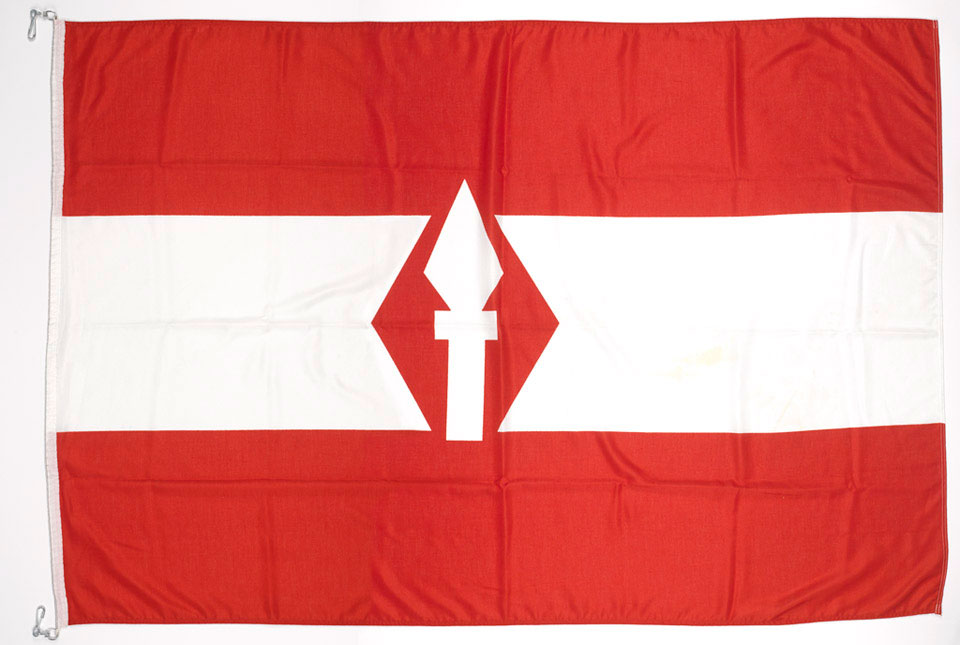 This was the last flag to fly over the 1st British Corps (1 (BR) Corps) Headquarters in Bielefeld, Germany. It was lowered for the last time on Friday 2 October 1992 when 1 (BR) Corps was placed in suspended animation and replaced by the Allied Rapid Reaction Corps (ARRC).

These changes were a result of the end of the Cold War, when the British Army of the Rhine was reduced and reorganised. Some of the staff from 1 (BR) Corps transferred to the ARRC, with the others being transferred to the replacement organisation for the British in Germany, the United Kingdom Support Command (Germany), or UKSC(G).

After the flag had been lowered, it was given to General Sir Peter Inge, Chief of the General Staff, who passed it to the National Army Museum.