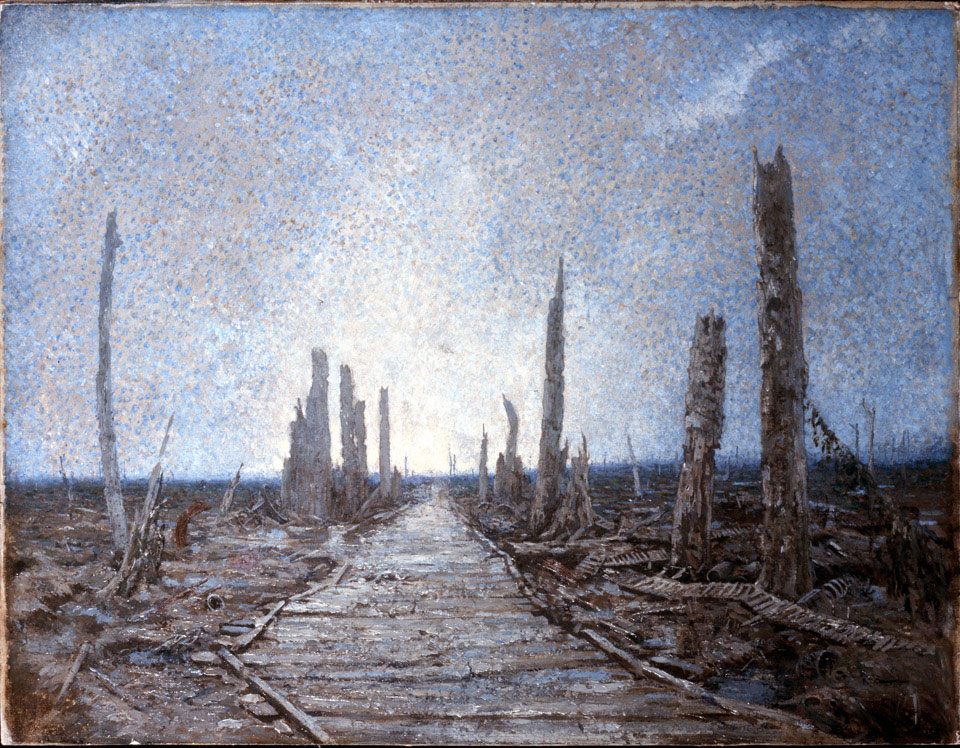 Although painted some years after the event, this scene was the work of an eye-witness who served through the entire conflict and was typical of the devastated landscape of the Western Front during World War One (1914-1918). 'Warrington Road' was a track in the Ypres Salient, running from 'Shrapnel Corner' on the Lille Road out of Ypres, past Zillebeke Lake, to the mid-point on the road between 'Hell-fire Corner' and Zillebeke village. Like 'Regent Street', and 'Rotten Row' in 'Plugstreet' (Ploegsteert) Wood, it demonstrates the troops' habit of giving nicknames to well-travelled routes. Little more than duckboard walkways through featureless, muddy landscapes, such 'roads' were often the only way to pass, even at the risk that snipers had lined them up in their sights. The alternative of walking across the terrain could mean getting lost or falling into a shell-hole; in fact many soldiers and draught animals did drown in waterlogged ground.