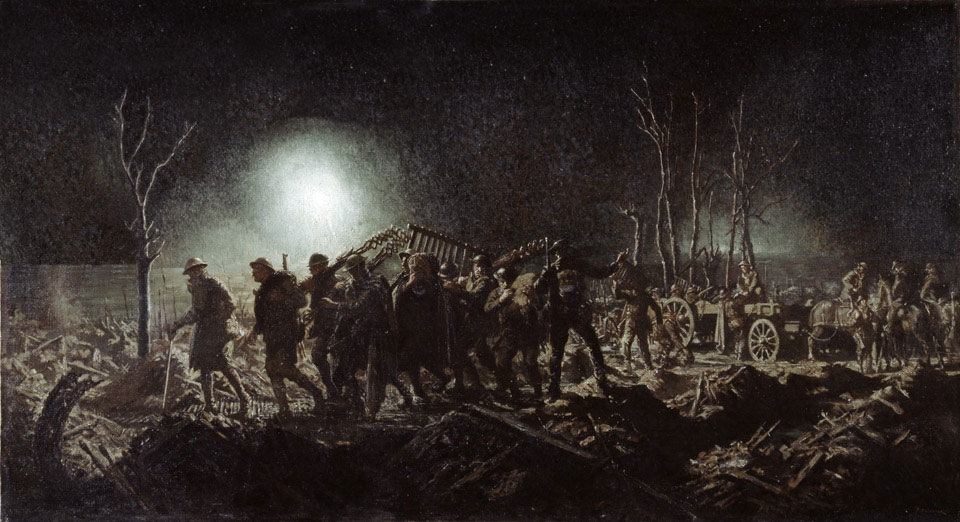 During the First World War (1914-1918) all front-line regiments detailed working parties to undertake tasks such as repairs and extensions to the trench systems, reconnaissance and, sometimes, recovery of the dead and wounded. Any work in the open meant that they had to operate at night to avoid being picked off by enemy marksmen. But it remained a risky operation as the dazzling white light of flares could still suddenly expose them.

Here, a party of sappers set off, led by an officer (such as the artist himself was), carrying duckboards and equipment for laying down barbed wire defences.