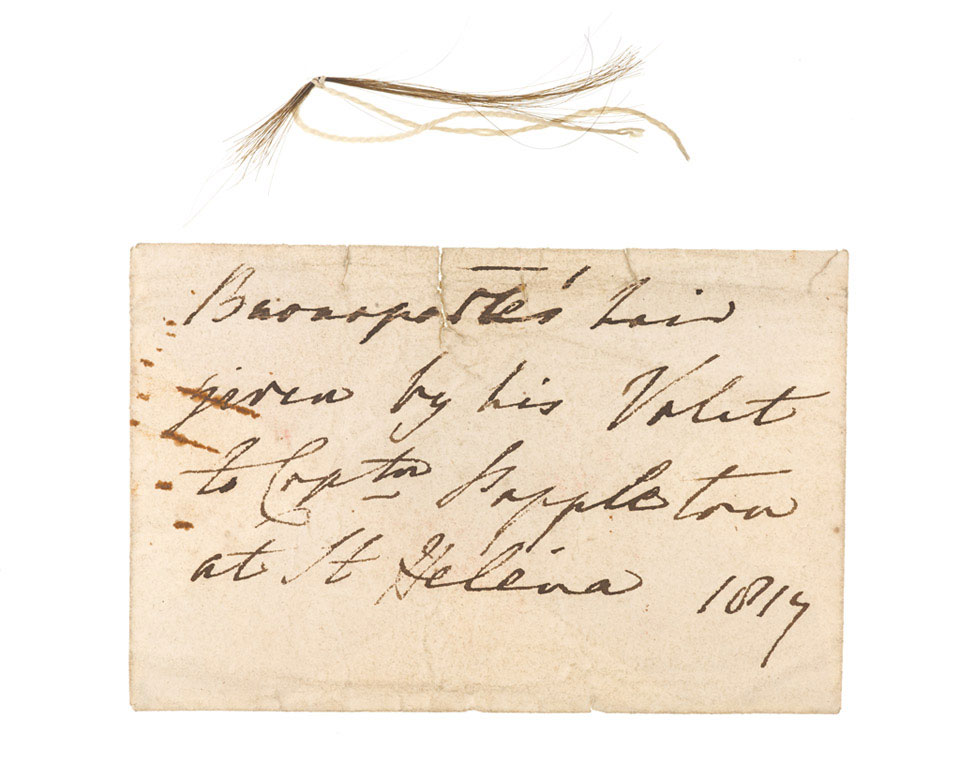 Following his defeat at the Battle of Waterloo (1815) Emperor Napoleon Boneparte was exiled to the remote island of Saint Helena in the South Atlantic. When Captain T W Poppleton visited him in exile, Napoleon's valet gave him this souvenir. Napoleon remained in exile until his death on 5 May 1821.