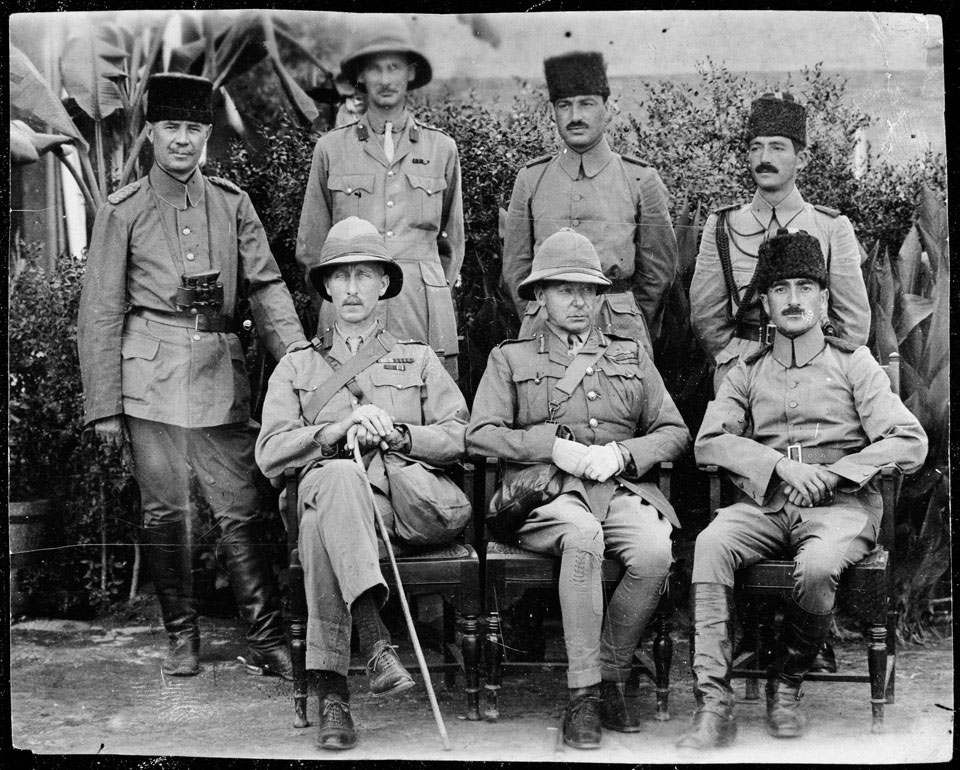 Major-General Charles Townshend after his capture at Kut, 1916

Townshend led 6th Indian Division during the ill-fated advance on Baghdad in 1915. After being checked by the Turks at Ctesiphon on 21-23 November 1915 he retreated back to Kut where he was soon besieged. On 29 April 1916 the garrison surrendered and 13,000 men marched into captivity. A third were to die from disease, malnutrition and cruel treatment. Townshend faired much better than most of his men, sitting out the war in relative luxury on an island in the Sea of Marmara.