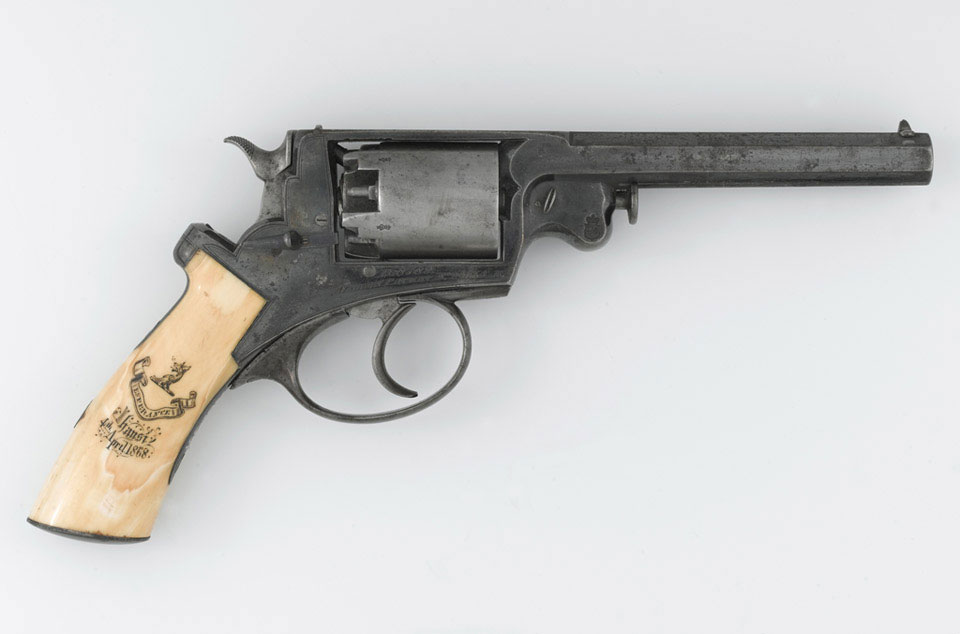 Webber used this revolver during the Indian Mutiny (1857-1859), in particular at the siege and assault on Jhansi in March-April 1858. His unit, the 21st Company, was on its way to China when it received news of the outbreak of revolt. Diverted to Calcutta, it was attached to Sir Hugh Rose's Central India Field Force. After a two-week siege, the British captured Jhansi on 3 April.

Many officers purchased their own revolvers after their much publicised appearance at the Great Exhibition in London in 1851. The Adams double-action revolver had been improved by Lieutenant Beaumont, a serving British officer, and ordered by the War Department in 1855. This particular model has the Kerr rammer which dates it to post-1857. It was made by the London Armoury Company and retailed by Wilkinson.